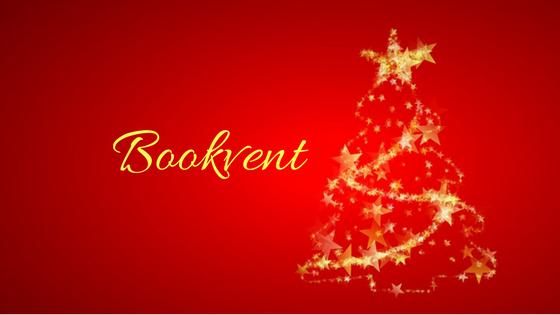 In a slight twist on the #bookvent tradition, today we’re also celebrating and recognising Mandie’s top reads of 2022. Mandie may not read or review as many books are yours truly, but those she has read certainly made an impression. So what books made Mandie’s top five books of the year? Read on to find out…

It’s been a funny year and for one reason or another my reading has been a little bit off and I have been slower than usual. That being said there have been some great books out there and I have spent most of the year reading the books that I want to read, some old and some new. Here are my favourite reads of the year.

The darker the memory, the deadlier the obsession…

Jenna is trying to rebuild her life after a series of disastrous relationships.

Luke is struggling to provide a safe, loving home for his deceased partner’s young son, following a devastating tragedy.

When Jenna and Luke meet and fall in love, they are certain they can achieve the stability and happiness they both desperately need.

And yet, someone is watching.

Someone who has been scarred by past events.

Someone who will stop at nothing to get revenge…

Dark, unsettling and immensely moving, Quicksand of Memory is a chilling reminder that we are not only punished for our sins, but by them, and that memories left to blacken and sharpen over time are the perfect breeding ground for obsession, and murder…

I have always been a huge fan of Michael J Malone and his latest book Quicksand of Memory is another great read. There is always something that will pull at every range of emotion you can experience and although this does have a slightly different feel to his previous books the effect is still very much the same and you will definitely feel like you have been through everything alongside the characters. Published by Orenda books on 24/12/21 it was a book I had been really looking forward to and I can’t wait for what comes next.

#4 – The House of Ashes by Stuart Neville

For Sara Keane, it was supposed to be a second chance. A new country. A new house. A new beginning with her husband Damien.

Then came the knock on the door.

Elderly Mary Jackson can’t understand why Sara and her husband are living in her home. She remembers the fire, and the house burning down. But she also remembers the children. The children who need her, whom she must protect.

‘The children will find you,’ she tells Sara, because Mary knows she needs help too. Sara soon becomes obsessed with what happened in that house nearly sixty years ago – the tragic, bloody night her husband never intended for her to discover. And Mary – silent for six decades – is finally ready to tell her story . . .

The House of Ashes is the stunning new 2022 thriller from the award-winning master of the genre, Stuart Neville – perfect for fans of John Connolly, Alex North and Brian McGilloway.

I had made it my mission this year to read authors that are new to me, and Stuart Neville falls into that category so when I had the opportunity to read his latest book The House of Ashes I jumped at the chance and boy I am glad that I did as I got so involved in it that I read it in a day which for me is nothing short of a miracle. This is such a compelling and heart-breaking story told predominantly through the eyes of Sara and Mary, yet it is the voices of Esther and Joy that affected me the most. It is dark in places with a haunting vibe, but it is a book I would recommend everyone should read

#3 – Welcome to Cooper by Tariq Ashkanani

In this explosive thriller of bad choices and dark crimes, Detective Levine knew his transfer was a punishment―but he had no idea just how bad it would get.

Cooper, Nebraska, is forgettable and forgotten, a town you’d only stumble into if you’d taken a seriously wrong turn. Like Detective Thomas Levine’s career has. But when a young woman is found lying in the snow, choked to death, her eyes gouged out, the disgraced detective is Cooper’s only hope for restoring peace and justice.

For Levine, still grieving and guilt-ridden over the death of his girlfriend, his so-called “transfer” from the big city to this grubby backwater has always felt like a punishment. And when his irascible new partner shoots their prime suspect using Levine’s gun, all hope of redemption is shattered. With the case in chaos, and both blackmail and a violent drug cartel to contend with, he finds himself in a world of trouble.

It gets worse. The real killer is still out there, and he’s got plans for Detective Levine. And Cooper may just be the perfect place to get away with murder.

I came across Welcome to Cooper when I attended Newcastle Noir in 2021. This was the authors debut novel, but it certainly packs a punch. Every character has some major flaws and despite them not being likeable in any way, I found I couldn’t stop reading, knowing that I just had to find out how this story was going to play out and I am not going to lie, it was not how I expected at all. Although this is not an overly long book it certainly packs a punch and is dark and grizzly but for a debut novel I would recommend it and I have already planned to read the next book early in 2023.

#2 – The Bleeding by Johana Gustawsson

1899, Belle Époque Paris. Lucienne’s two daughters are believed dead when her mansion burns to the ground, but she is certain that her girls are still alive and embarks on a journey into the depths of the spiritualist community to find them.

1949, Post-War Québec. Teenager Lina’s father has died in the French Resistance, and as she struggles to fit in at school, her mother introduces her to an elderly woman at the asylum where she works, changing Lina’s life in the darkest way imaginable.

2002, Quebec. A former schoolteacher is accused of brutally stabbing her husband – a famous university professor – to death. Detective Maxine Grant, who has recently lost her own husband and is parenting a teenager and a new baby single-handedly, takes on the investigation.

Under enormous personal pressure, Maxine makes a series of macabre discoveries that link directly to historical cases involving black magic and murder, secret societies and spiritism … and women at breaking point, who will stop at nothing to protect the ones they love…

Everyone has their favourite authors, the ones you will pre order as soon as you know they have another book due to come out. For me Johana Gustawsson is one of those authors. Having fallen in love with her Roy and Castells series I have been waiting not so patiently for her next book (I may have tweaked my reading plan to fit it in). This is not part of the series but it is just as compelling and full of mystery and to put it not so politely absolutely bloody brilliant and shows Johana’s writing at its best. Many books say they have a twist you won’t see coming but The Bleeding is the first time that I have actually read something that surprised me to my core. I will always be amazed by the skill of Johana Gustawsson in her writing, how she creates multi-dimensional characters, that may not be good at heart but still have you kind of routing for them.

#1 – The Siege by John Sutherland

Nine hostages. Ten hours. One chance to save them all.

Lee James Connor has found his purpose in life: to follow the teachings of far-right extremist leader, Nicholas Farmer. So when his idol is jailed, he comes up with the perfect plan: take a local immigrant support group hostage until Farmer is released.

Grace Wheatley is no stranger to loneliness having weathered the passing of her husband, whilst being left to raise her son alone. The local support group is her only source of comfort. Until the day Lee James Connor walks in and threatens the existence of everything she’s ever known.

Superintendent Alex Lewis may be one of the most experienced hostage negotiators on the force, but there’s no such thing as a perfect record. Still haunted by his last case, can he connect with Connor – and save his nine hostages – before it’s too late?

The Siege is the first fiction book written by John Sutherland but having read his memoir Blue a couple of years ago I was both excited and intrigued to read it and I was not disappointed, taking only a couple of days to finish it. This is not a book full of dramatic action but one that follows three key people, Alex, Grace, and Lee during a hostage situation in a church hall. Each one of them have ghosts that are ever present during the events that take place and that form some of the decisions they make. The Siege is different as it takes a balanced view of a hostage situation from the points of view of the ones affected the most, the negotiator, the hostage, and the hostage taker, showing each one as human beings. You will find yourself hoping for the best possible outcome for all of them and this is due to the writing style of the author who has put his past experiences onto the page to make such believable characters.