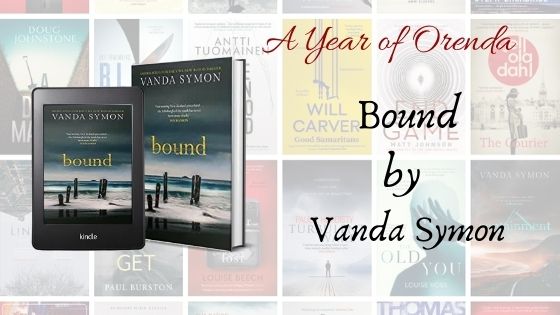 When Mandie started to read this series last year she got addicted and raced through all three books. Reading the fourth was a no brainer. If you want to know what I thought, you can find the review here. Here’s what the book’s all about:

When the official investigation into the murder of a respectable local businessman fails to add up, and personal problems start to play havoc with her state of mind, New Zealand’s favourite young detective Sam Shephard turns vigilante…

The New Zealand city of Dunedin is rocked when a wealthy and apparently respectable businessman is murdered in his luxurious home while his wife is bound and gagged, and forced to watch. But when Detective Sam Shephard and her team start investigating the case, they discover that the victim had links with some dubious characters.

The case seems cut and dried, but Sam has other ideas. Weighed down by her dad’s terminal cancer diagnosis, and by complications in her relationship with Paul, she needs a distraction, and launches her own investigation. And when another murder throws the official case into chaos, it’s up to Sam to prove that the killer is someone no one could ever suspect

Bound is the fourth outing for Detective Sam Shephard and if you think that life is going to get any easier for her then you will be slightly disappointed.

The book starts with a brutal home invasion that appears to have no real motive and the police are struggling to determine who is responsible. As Sam and co delve into the lives of the victims the links to certain criminals come to light and everyone starts to believe that they will finally be able to make someone pay for events that happened previously when they escaped justice. Now this being an investigation that Sam is involved in you just know that it is not going to be that straight forward, no matter how much the rest of the force want it… and as a reader it would make for quite a dull book.

Sam’s determination to make sure the right people pay for the crime once again puts her in the firing line of her boss who quite frankly needs no excuse to make her working life a misery. This time however she is also going against her partner who has a vested interest in making the initial suspects pay and you wonder just how far he will go to see that happen.

We also see more of the dynamic in her personal life. Whilst her relationship with fellow officer Paul is going strong and her friendship with Maggie is as strong as ever, her relationship with her mother is another story entirely and this is explored more in Bound. You can feel Sam’s frustration as she is torn between giving her all to the job and the current investigation and also dealing with the family issues that are getting more and more important as the story progresses.

With each book I find I am getting to understand and like Sam more and more. Despite her job she has a real sense of humour and an unwavering moral compass that sees her go against anyone no matter who they are if she believes it is the right thing to do. Vanda Symon has really managed to create a character that is truly likable and someone you would want in your corner. I can’t wait for the next book in the series to see what is in store for Sam with the hope that things get a bit easier for her but somehow I very much doubt it.

Vanda Symon is a crime writer, TV presenter and radio host from Dunedin, New Zealand, and the chair of the Otago Southland branch of the New Zealand Society of Authors. The Sam Shephard series has climbed to number one on the New Zealand bestseller list, and also been shortlisted for the Ngaio Marsh Award for best crime novel. She currently lives in Dunedin, with her husband and two sons.

Books in the Sam Shephard series: