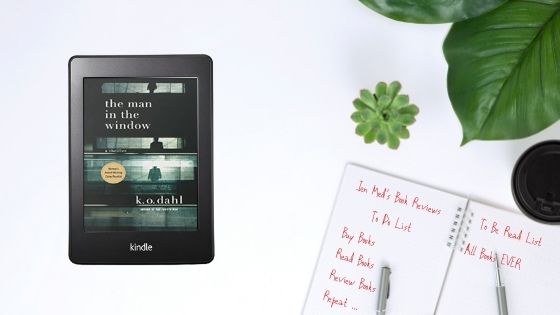 Today I am continuing my catch up with the Oslo Detective series by Kjell Ola Dahl. I’ve loved reading the later books in the series so was really curious to see where it all began for Gunnarstranda and Frølich, so I’ve collected all the remaining books published in English and set on my journey. And what a journey it is turning out to be. Here’s what the book is about:

It’s Friday the thirteenth, the Norwegian capital is enveloped in freezing cold, and Reidar Folke Jespersen passes what will be the last day of his life.

The aging antique dealer leaves home and takes a taxi to a nearby café. A few hours later, through the window of the café, he watches his wife enter the door to a flat on the other side of the street, where her lover lives.

In the early hours of the following morning, Jespersen is found stabbed to death, sitting naked in an armchair in the display window of his antique shop.

Detectives Frølich and Gunnarstranda are called to the scene. Their only clues are a numerical combination written in ink on the body of the dead man, a red string tied around his neck, a few missing World War II objects, and a number of people extremely satisfied with the news of the man’s death. Questions of love and betrayal, loyalty and guilt consume the investigation, just as they fill the private lives of the investigators.

K. O. Dahl’s dark and poetic writing moves through the shadows of one country’s history—a country where victims, perpetrators, and even police officers are haunted by the past, still trying to cope with dark memories of the Nazi occupation. The Man in the Window, the second installment in Dahl’s Oslo police mysteries, is an intricate and chilling detective story about love, revenge, and the inescapable past.

The set up for this book is very, very clever. It leaves you with plenty of suspects as to who may have committed the murder of the eponymous ‘Man in the Window’ and plenty of motives. By taking the time to establish the character of the victim, to giving the readers just a little time to get tot know the nature of the man, it allows us to become more invested in the case itself, so by the time Frølich and Gunnarstranda are on the scene, I had already formed my opinions of what may have happened and it was then a case of finding out how many of my assumptions, if any, were correct.

This is a complex case, the history and family of the victim very difficult to get a true handle on. There is deception and infidelity galore and this only adds a layer of mystery as I had to wonder whether this had a part of play in the ultimate murder. And yet, the very public display of the body made it clear that there was more to the story than meets the eye, a mystery that it fell to our favourite detectives to solve.

What I love about this series is that as a reader we are fully immersed in the investigation, that we get to experience a very detailed interrogation of witnesses, allowing us to start to form a picture in our own minds of what has happened and why. Yes – we are privy to more information that the Detectives from the start as we bear witness to the. victims final hours, but from the answers given by the suspects we start to build a better understanding of what was left unsaid in those former hours. Kjell Ola Dahl is a master at creating suspense, and slowly allowing readers to discover new facts just as the Detectives do. He is also adept at scene setting, from the various locations over which the story is set, right back to the history and backstory of the characters that comes to inform the story in quite a surprising and emotional way.

This is not a fast paced book, but it doesn’t need to be. It is infused with intrigue, duplicitous characters and a scarred history that takes us all the way back to the war. And Frølich and Gunnarstranda are two Detectives that I love to spend time with. They are very different in nature, but. work well as a partnership. We discover even more about them as people beyond the Detectives badge, and the more we learn, the more I like them. Their steadfast nature, perhaps more stoic in Gunnarstranda’s case, contrasts perfectly with the suspects in this case, but all add colour and depth to a story which had me completely drawn in from the start. I didn’t necessarily like the victim, but I wanted to know why he met his demise and at whose hand. A very satisfying read.

Kjell Ola Dahl was born in the city Gjovik, in Norway in 1958, but grew up in Oslo. Dahl was a teacher and social adviser in High school when he started to write the Oslo Detectives series. Two times Dahl has won the Riverton-prize, the Norwegian National prize for the best novel of crime fiction (in 2000 and in 2015). He won the prestigious Brage-prize for the Courier, a standalone novel of crime fiction set in Norway and Sweden during World War II and in 1967. The first book in the series of the Oslo Detectives – Lethal investments – was published in in Norway 1993.