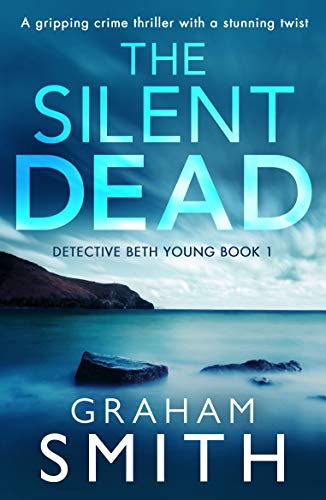 Today I am delighted to be joining the blog tour for The Silent Dead, the latest release from Graham Smith, and his first with Bookouture. My thank to Noelle at Bookouture for including me in the tour, and to publishers, Bookouture for providing an advance copy for review. Here is what the book is all about.

He’d found an angel for his collection. But one angel at a time was never enough…

Detective Beth Young has just joined the Cumbrian major crimes team when a body is found posed in a ritualistic manner – arms spread and graceful wings attached – at a crumbling castle in the hills of the Lake District.

The entire police force are on red alert. But Beth begins to feel she’s the only one who can follow the disturbing clues left by the twisted killer. Because she doesn’t think like everyone else. To Beth, crimes are puzzles she can solve. Even if real life is a little harder.

As more bodies are discovered in derelict stately homes across the Lake District, she knows she’s in a race against time.

But the killer is looking for another victim to add to his collection… Will Beth be able to save her? Or will he get there first?

A tenacious young detective with scars both physical and emotional, Beth Young will stop at nothing in her fight for justice for the innocent. The Silent Dead is the first book in the series. Set in the Lake District, it is perfect for fans of Joy Ellis, LJ Ross, and Peter James.

Well … if you want a dramatic way to make a wedding memorable, then you can’t get much more so than the opening scenes of The Silent Dead. You’d think that a remote and slightly crumbling stately home or castle would be a lovely and romantic place to set your wedding. And that would probably be true if there wasn’t the small matter of the body in the basement. And not just any body. A man who has been killed in the most horrific of circumstances and had wings attached to his back. And, unfortunately for the Cumbrian Police, he will not be the killers only victim …

The Silent Dead introduces a whole new police force, and a new protagonist in the form of DC Beth Young. Newly appointed, Beth is a determined and quite fierce young Detective, but one with a lot to prove – to her colleagues and to herself. She has a troubled past – not in the traditional sense that you find in many police stories of this ilk – but it certainly makes her stand out from the crowd so to speak. She doesn’t let it define her, but it does put her in an awkward spot as the story progresses. She is keen on puzzles, quite astute and, despite being the youngest and newest member of the team, regularly a confident to the other officers, even those who out rank her. I really liked Beth and she’s a character I’ll be intrigued to see more of in the future as I think she has a lot of potential to develop.

Story wise, Graham Smith has really pushed the boat out in creating a unique and rather grotesque manner of killing his victims. There is little pattern to the people who are chosen and the manner of each death seems to grow in violence but also in refinement as the killer perfects their craft. He manages to create misdirection in the way in which he frames the narrative, introducing passages into the story told by two mystery male voices. But which, if either, is the killer? Well you’ll have to read to find out. Both are a tad disturbing if truth be told, and there were times when the skin was crawling while reading the book. The motivation for the murders is not unusual, the chosen method of execution bizarrely unique.

The pacing is spot on and the camaraderie, and often the lack of it, between the team of Officers add a touch of authenticity to the story. While they work together when the chips are down, it’s unrealistic to expect perfect harmony at all times and this is reflected in the story. I’ll be honest, I struggled a little with Beth’s DI, Zoe O’Dowd, who was quite a strong character and not always likeable. Likewise DS Thompson comes across as a bit of a dinosaur and a bullish character, but the more you learn about them, the more sympathetic they both become. Still not sure I entirely liked O’Dowd, but I’d warmed to Thompson a bit more by the end.

If you ware looking for a unique, edgy police investigation based read with a very dark selection of murders perpetrated in what should be picturesque and idyllic settings, then this will definitely be the book for you. I really liked the setting, the premise and Graham Smith’s new, fiesty protagonist and I can’t wait to read more.

If you would like to read The Silent Dead for yourself, it is available now from the following retail links: 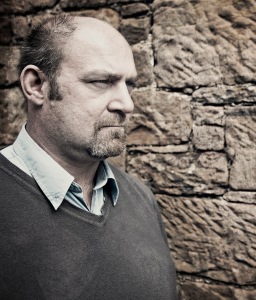 Graham Smith is the bestselling author of four explosive crime thrillers in the Jake Boulder series, Watching the Bodies, The Kindred Killers, Past Echoes and Die Cold. Watching the Bodies spent over two weeks at number one in the Amazon UK chart and Amazon CA charts. Graham is also the author of the popular DI Harry Evans series and has collections of short stories and novellas. His latest novel – The Silent Dead is published by Bookouture and set in Cumbria / the Lake District, featuring DC Beth Young.

He is the proud father of a young son. As a time served joiner he has built bridges, houses, dug drains and slated roofs to make ends meet. Since 2000 he has been manager of a busy hotel and wedding venue near Gretna Green, Scotland.

An avid fan of crime fiction since being given one of Enid Blyton’s Famous Five books at the age of eight, he has also been a regular reviewer for the well-respected review site Crimesquad.com since 2010.

When not working, his time is spent reading, writing and playing games with his son. He enjoys socialising and spending time with friends and family.