My last day of freedom … aka a day out in Shrewsbury this past Friday. Over the past three months, Mandie and I have been out at least one day every week, partly to use up her leave and partly to stop me from going insane while I’ve been job searching. Well, today I start my new job and so our little impromptu and free to go as we please series of day trips must draw to a close. It’s been fun, and I’ve probably seen more of my native county and its surrounds than I have ever before. Believe it or not, this was the first time I’d really explored any further than the town centre of Shrewsbury, in spite of it only being 20 miles away. At least it’s the first time I can remember, so that is probably quite sad really.

In my madness, and as you might have seen from a post last week, I’ve decided to attempt NaNo again this year. Going well so far. Well –  well as in I have written lots of words. Quantity over quality at this stage I fear, but something I can work on. It has meant that reading has been all over the place and I’ve not really been very productive this week at all. Between NaNo prep, getting things ready for work, trying not to miss out on decent exercise and actually writing (as well as posts like this and any reviews I am due to release), I haven’t really been able to get my head into many books. Always something to distract me. With a new job now as well, I’m not sure how effective I will be at anything, but I do like to be busy so I guess it’s a case of ‘be careful what you wish for …’

Incredible book post received this week. I am such a very lucky blogger. I don’t get much post compared to most others, but when I do it is usually something absolutely cracking and this week was no exception. Three packages in one day and then another at the weekend. My bumper haul included Changeling by Matt Wesolowski, the third book in the Six Stories series courtesy of Orenda Books; Fatal by Jacqui Rose courtesy of Avon; Seven Days of Us by Francesca Hornak, courtesy of Piatkus; and Fade to Grey by John Lincoln courtesy of No Exit Press.

I also received some ebook post this week. One Law For The Rest Of Us by Peter Murphy from No Exit; The Rumour by Lesley Kara from Transworld; and What Nobody Knew by Amelia Hendrey. One Netgalley title only this week, The Guilty Party by Mel McGrath. 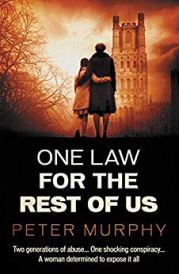 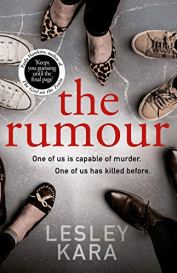 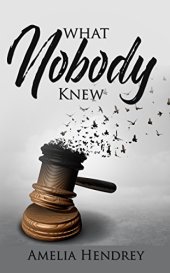 Purchase wise it’s been a relatively busy week. I’ve preordered The Poisoner by Sharon Bolton and the next DCI Ryan thriller from LJ Ross, Longstone, as well as You Die Next, the next Starke and Bell story from Stephanie Marland. All three are part of series I’d heartily recommend, as are my other purchases – The Craig McIntyre series by Gordon Brown – Darkest Thoughts, Furthest Reaches, and Deepest Wounds.

She’s chasing a killer. He’s watching her every move.

He hides in the shadows, waiting for the perfect moment. Each kill is calculated, planned and executed like clockwork.

Struggling to balance her personal and professional life, young DS Becca Vincent has landed the biggest case of her career—and she knows that it will make or break her. But she can’t catch the culprit alone. Together with facial recognition expert Joe Russell, she strives to get a lead on the elusive murderer, who is always one step ahead of them.

Time is not on their side. The body count is rising, and the attacks are striking closer and closer to home. Can Becca and Joe uncover the connection between the murders before the killer strikes the last name from his list?

A really intriguing and occasionally macabre read based around a police investigation into a series of increasingly more violent deaths. This focuses on the work of the ‘super recognisers’, a team of officers who have a special talent for facial recognition, in particular Joe Russell, who is partnered with DS Becca Vincent to try and track a killer. Really great read and I hope this is going to built upon. You can get a copy here.

Introducing a new multicast drama by LJ Ross, the author of the international number one best-selling series the DCI Ryan mysteries.

There’s a serial killer targeting the streets of Newcastle, seemingly picking his victims at random but subjecting them all to the same torturous end. When the Chief Inspector on the case goes missing, it falls on DCI Ryan to track down the man who is brutally murdering women and goading the police to ‘catch me if you can’.

As everyone becomes a suspect, Ryan and his team get drawn further and further into the case, but for Ryan the nightmare gets closer to home than he could ever have imagined.

Oh my god. Loved this. It is an audible first prequel to Holy Island where we finally hear the full story of how DCI Ryan and the team tracked and caught Newcastle’s most notorious killer, The Hacker. If you know the series you know the basics of the story but this star studded recording is absolutely brilliant. The book version is out in Feb but I recommend you grab this audiobook as it is well worth the listen. You can buy a copy here and my review will be out on publication day this week.

And So It begins – Rachel Abbott

Cleo knows she should be happy for her brother Mark. He’s managed to find someone new after the sudden death of his first wife – but something about Evie just doesn’t feel right…

When Evie starts having accidents at home, her friends grow concerned. Could Mark be causing her injuries? Called out to their cliff-top house one night, Sergeant Stephanie King finds two bodies entangled on blood-drenched sheets.

Where does murder begin? When the knife is raised to strike, or before, at the first thought of violence? As the accused stands trial, the jury is forced to consider – is there ever a proper defence for murder?

This is a move away from Rachel Abbott’s long running and highly popular DCI Tom Douglas series into the world of the psychological thriller. Full of tension, unexplained injuries and the understanding that there is far more going on than we know about, this book will keep you hooked until the end. You can purchase a copy here and my review will be posted shortly as part of the blog tour.

The Shape of Us – Drew Davies

If you read one book this year, make it this hilarious and emotional novel about love, loss and second chances. Fans of Eleanor Oliphant is Completely Fine, The Note and Jojo Moyes will be utterly charmed by this unique love story.

One day in London…

Daisy is rushing to work when a stranger on a bicycle almost knocks her over – and then asks for her number.

Dylan, a teenage boy, lives with an illness which means he can’t leave his bedroom – but which hasn’t stopped him from falling hopelessly in love.

JoJo, a wife in her sixties, is trying desperately to win her beloved husband back from his mistress.

Adam has recently lost his job and lies to his housemate about where he goes every day.

These four total strangers – whose paths cross in the charming city of London – have one thing in common. They are all lonely souls looking for love. But what are the chances of them actually finding it?

An absolutely unputdownable, uplifting and unforgettable book-club read for anyone who has ever made a mistake, been broken-hearted, or waited by their phone for it to ring.

This book is definitely a country mile away from what I’d normally read but then a change is as good as a rest. This book is a collection of stories, all chopped up and intermingled in which we follow the lives of several very different individuals as they try to navigate the murky waters of love and life in London. It kind of felt a bit like a less mush-tastic Love Actually, no one story told in isolation with little whispers of links between the characters. Funny and moving it is the kind of book I dipped in and out of while reading. You can order a copy here and I’ll be reviewing for the order at the end of the month.

Okay. So the reading list wasn’t too bad in the end. It honestly didn’t feel as though I’d read that much, which goes to show the books must have been pretty good for me to fly through them. A few less posts on the blog this week but highlights are below.

A Spooky Tale by Sue Wickstead

Promise Me by Jade Beer

The Craftsman by Sharon Bolton

November writing madness … what on earth was I thinking?

No Time To Cry by James Oswald

Spotlight on … The Craig McIntyre Series by Gordon Brown

Okay … so that was busier than I thought as well then. I know we are definitely busy this week as we’ve got blog tour posts every day starting with C.S. Duffy’s The Darkness Series tomorrow; Some Old Bloke by Robert Llewellyn; The Twisted Web by Rebecca Bradley; Snowy Nights at the Lonely Heart Hotel by Karen King; Dreaming of Christmas by T.A. Williams and Missing Lies by Chris Collett. 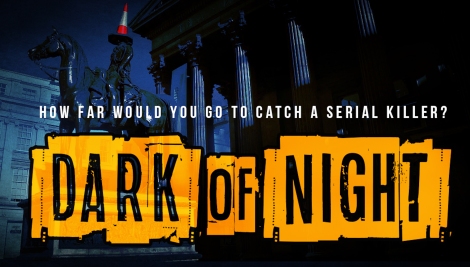 Have a fabulous week all. If you don’t hear much from me, that will be because I am working …

Or writing. Or reviewing. Or reading.

One of those things. See you next week.