Hi folk(s). How have you been? I’ve had quite a week and I can’t believe it is Monday once again. Where did the week go? Went for a couple of nice walks this weekend, making the most of the good weather. Eight plus miles on Saturday and another three and a half around the local deer park on Sunday. I’m still overweight and my legs are tired but apparently it was good for me so that’s okay then.

So. Last Monday saw me and Mandie heading off to Liverpool for a bit of a mooch (and that was all it really was in fairness) and to attend the Investigating a Murder event to celebrate the launch of In A House of Lies by Ian Rankin. Ian was joined by Senior Investigating Officer Chris Sephton of Merseyside Police and Forensic Pathologist Dr Richard Shepherd, author of Unnatural Causes. It was an absolutely fascinating afternoon as first Ian discussed his new book and the Rebus series in general including how he’d one day like to write a story with Siobhan as the central focus, before being joined by the others for a more general discussion on investigating crimes in general. I always find these kinds of talks fascinating, and I’d love to tell you more about the even itself but I was so engrossed I took no notes at all. Did manage to squeeze in a few snaps though, and get my book signed by the lovely Mr Rankin.

After the excitement of Monday I spent a few days reading (just for a change) and then on Thursday we headed over to Stoke to join Mel Sherratt as she celebrated the launch of Hush Hush, her first book to be published in paperback. It was a fab evening and it was lovely to see a few familiar faces there including Kerry Ann Parsons, Steph Lawrence, Jo Furniss and Sharon Riley Sant (aka Tilly Tennant who, incidentally, has a new book out today, The Christmas Wish, which Mandie will be reviewing later in the week.). It was also nice to finally meet Sabah Khan of Avon after exchanging emails for so long about blog tours. Some great company, lush cakes (totally diet food) and a new signed book for the collection, I’d say it was an evening well spent.

We did spot one thing while in Waterstones, and it may just be our dirty minds working overtime, but can’t help feeling this bookseller recommends label could have used the word book at the end of the first line …

Anyway, back to the books … Bought a few new ones this week. First wasUnnatural Causes by Richard Shepherd. I thought I had it on kindle already but apparently not. I do now. I also preordered A Gift For Dying by MJ Arlidge which isn’t out until next March and doesn’t yet have a cover but as I was already on Amazon, it seemed rude not to. As I have just bought a new soup maker I also bought a book of soup recipes for inspiration – A Soup for Everday from the Covent Garden Soup Company. Two Netgalley downloads this week, both for tours. Graham Smith’s The Darling Dead and Drew Davies’ The Shape of Us. 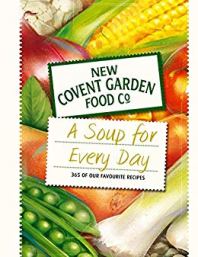 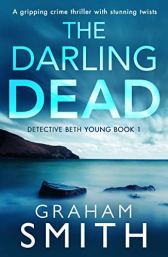 I was also a very lucky blogger receiving three absolutely gorgeous titles on Tuesday. Firstly I was sent an advance copy of The Hermitage by LJ Ross from the author herself which I devoured that afternoon. When I got home from a quick jaunt into town I found I had received book post in the shape of Attend by West Camel and Deep Dirty Truth by Steph Broadribb from Orenda Books. So excited to read both I have to do some major schedule juggling to sneak them in early. 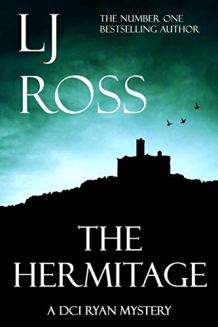 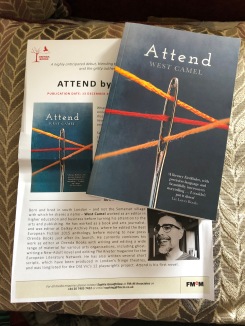 I might have made one or two audio book purchases too. By might, I mean that i rounded off my DCI Ryan collection with copies of Dark Skies and Seven Bridges and I also bought a copy of Denzyl Meyrick’s The Relentless Tide. Because it would be rude not to, I preordered a copy of the DCI Ryan prequel too, The Infirmary. Out next month, this is an audio first release and I can’t wait.

Reading wise I did okay I guess. Three books completed and one very short children’s story to top it off.

I know my daughter better than I know myself and if there’s one thing I know for sure at this moment: it’s that Maisie is not ok.

My ex-husband Shaun and I are still friends.
We would do anything for our beautiful little girl, Maisie.
But now Shaun has moved in with Joanne and suddenly, Maisie has a brand new family.

And there’s something not quite right about it…I know Joanne isn’t everything she says she is. Yet no-one will listen.

I need to discover what she’s hiding.

Because if I don’t, my daughter will be in terrible danger.

The most gripping psychological thriller you’ll read this year from the Kindle top five bestselling author K.L. Slater. If you love The Girl on the Train or Gone Girl, you’ll be absolutely hooked.

I really love KL Slater’s writing and Closer is another brilliant and gripping story. It is more a domestic noir than perhaps a psychological thriller for me but still the pain which is clear in each page as someone systematically erodes a young child’s self confidence is so hard to read and yet very recognisable. I’ll be reviewing as part of the tour but you can buy a copy of the book here.

He thought he was invincible, but he was wrong…

When an old man is found dead inside the ancient hermitage at Warkworth Castle, Northumbria CID are called in to investigate. With no apparent motive, it’s their job to unravel why he was murdered – and this time they’re forced to do it without their star detective…

DCI Ryan is thousands of miles away. He’s tracked a killer across Europe and has sworn not to return until he has his man in custody. Nathan Armstrong is a dangerous psychopath but there’s just one problem – he’s also an international celebrity; a world-famous thriller writer with money and connections.

Ryan is a stranger in a foreign land, but he knows one thing – he’ll never give up.

Murder and mystery are peppered with romance and humour in this fast-paced crime whodunnit set amidst the spectacular landscapes of Northumberland and Tuscany.

Oh how I love this series and this is another brilliant instalment. With Ryan and Anna in Florence trying to track down Nathan Armstrong, it adds a certain European flair to an already superb series of books. You learn more about Ryan and it is littered with tension and the odd romantic moment too. You can read my review by following the recap link further down this post and buy your own copy of the book here.

When the teacher decided to take the class out on a walk the children did not want to go…
But…
What could POSSIBLY go wrong?
Why did the class not feel well?
Read the book to find out.

A fictional tale based on a real class walk around the neighbourhood. Where would your walk take you?

A short but fun little tale perfect for young children this Halloween, I’ll be reviewing next week so watch out for it. you can grab a copy here.

When writer, comedian and Red Dwarf actor Robert Llewellyn’s son scrawled a picture of him at Christmas and titled it ‘Some Old Bloke’, Robert was cast deep into thought about life and what it means to be a bloke – and an old one at that. In this lighthearted, revealing and occasionally philosophical autobiography, we take a meandering route through Robert’s life and career: from the sensitive young boy at odds with his ex-military father, through his stint as a hippy and his years of arrested development in the world of fringe comedy, all the way up to the full-body medicals and hard-earned insights of middle age. Whether he is waxing lyrical about fresh laundry, making an impassioned case for the importance of alternative energy or recounting a detailed history of the dogs in his life, Robert presents a refreshingly open and un-cynical look at the world at large and, of course, the joys of being a bloke.

I am not now, nor am I ever likely to be, an old bloke, but that doesn’t mean I can’t enjoy reading this book. Taking a look at his life from adolescent years, to hippydom, to fatherhood, Llewellyn takes us on a fascinating journey which will make you laugh and ponder, as well as give you insight into what he thinks our future may be heading towards. You can buy a copy here, I’ll be reviewing for the tour.

So that was it. Down from the lofty heights of five books last week, but in my defence I was quite busy. You can see a recap of my week on the blog below:

Death on the River by Clare Chase

The Righteous Spy by Merle Nygate

The Hermitage by LJ Ross

Lies Between Us by Ronnie Turner

This week I shall be reading a lot hopefully, making some final preparations for taking part in NaNoWriMo (National Novel Writing Month) where I hope to finally make progress with my own writing and taking part in the odd tour or two. Starting tomorrow when I’ll be reviewing Hush Hush by Mel Sherratt, then One Dark Night by Tom Bale, Steel and Shadows by Stuart Field, Closer by KL Slater, Mandie has a review of The Christmas Wish by Tilly Tennant, then back to me for Christmas at the Little Cottage on the Hill by Emma Davies and Off Island by Marlene Hauser. 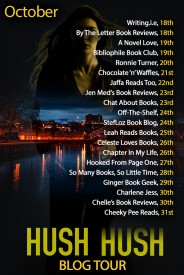 Hope you all have a brilliant week. The rat bags on the TV were talking about snow later in the week but hopefully they were talking nonsense as usual. We will see I guess. I intend to try to make the most of the good weather in the meantime. Only two weeks now until I start work again. Whoop whoop.

See you next time.