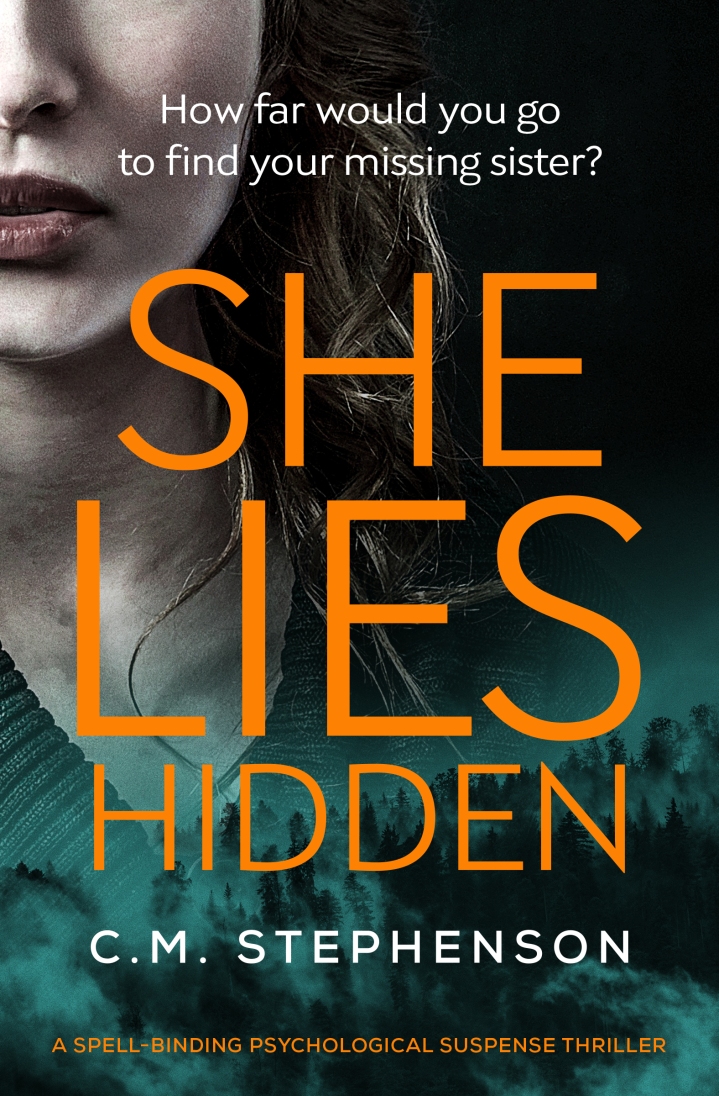 Today I hand over to Mandie who has a review of CM Stephenson’s She Lies Hidden. Thanks to publishers Bloodhound for inviting us to join the tour and providing an advance copy for review. Here is what it’s all about. 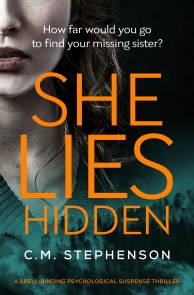 How far would you go to find your missing sister?

When DI Thomasine Albright is informed that the remains of her fifteen-year-old sister have been found, she has the tragic responsibility of breaking the news to her mother. Thomasine promises her mother that she will be the one to find Karen’s killer.

But Karen Albright wasn’t the only girl to go missing during that weekend in 1973… Veronica Lightfoot disappeared too. They’d lived barely four miles apart, yet apparently never met. Suddenly there is a new question, was Veronica involved in Karen’s death? Is that why she vanished?

DI Mel Philips is handed the original case file and begins a new investigation. Unwilling to be side-lined, Thomasine decides to go it alone.

As the case unfolds, Thomasine realises that there may be other victims. Can she find them too?

When the body of Karen Albright turns up after she has been missing for 27 years her sister Thomasine goes on the hunt to find out who is responsible for her murder and if her disappearance is linked to that of three other girls, who like Karen had just been considered runaways. Her desire to solve the years old case brought her into conflict with her job in the police force as a family liaison officer as she had been told that under no circumstances could she be involved in the investigations.

I found myself feeling a little bit sorry for Thomasine. For years she had lived with the guilt that even at her young age she could have possibly done more to stop her sister from disappearing all those years ago. The events of 1973 had brought around the early death of her father and her mother had effectively shut herself off from her other daughter. The discovery of her remains had further tragic consequences for her family and then to be shut off from the investigations seemed to set her on the path that could cause her problems with her career. Luckily for her the DI in charge of the case seemed more inclined to use the evidence that she uncovered for the good of the case rather than to end her colleague’s career. I got the feeling that the events of the past led her to her eventual career and the hope that she could help others through the traumas she and her family had suffered.

This is the first novel by C.M. Stephenson and In She Lies Hidden, she takes the reader through the events of both the past and the present through the eyes of several different characters to bring the story to its eventual conclusion.  I will admit that at the start of the book I was a bit confused as to where the initial character fitted into the story but the further I got into the book the clearer their relevance became. Telling the story from several different viewpoints certainly required me to concentrate at times but despite this I found that like Thomasine I wanted to see the case through to the end and see the murderer pay for their crime.

You can find a copy of the book at the following links:

After growing up in a small Lancashire village, Christine Stephenson left school at fifteen. Four years later she moved to Cornwall.

In her late teens she met people whose lives were complicated, fuelled by drugs, and filled with violence and aggression. There were others too, in her mid-twenties, everyday people, educated, with careers, who had decent parents; people who you wouldn’t look at twice in the street. They were worse; she knew the victims of their crimes too. These experiences continue to influence her writing.

Her career can be described as eclectic. Jobs ranging from office junior to dental nurse, management consultant to executive and corporate coach. She ran her own training consultancy for over twelve years. It was there that her love of writing bloomed. She went on to produce an extensive portfolio of work which included resource packs, case studies, role-plays, games, presentations and academic texts.

In 2008 her husband’s job dictated that they move to South Gloucestershire. This in turn, lead to a brand-new life. They now live just outside a small medieval town, set between Bristol and Bath.

In 2009, she decided it was time to study the craft and undertook the A215 in Creative Writing with Open University, and later followed that with an MA Creative Writing at Bath Spa University, graduating in 2016. She gained representation with Andrew Nurnberg & Associates soon after. She spent the following eighteen months writing and editing what is now her debut novel. In May 2018 Christine was delighted to accept a contract with Bloodhound Books.  ‘She Lies Hidden’ is due for release in September 2018. 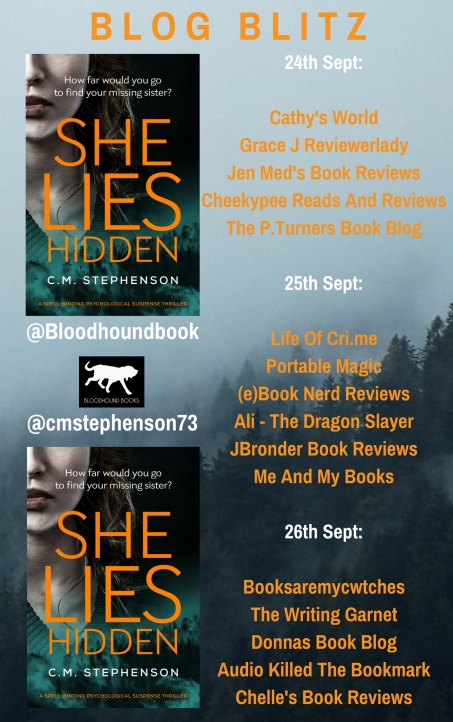