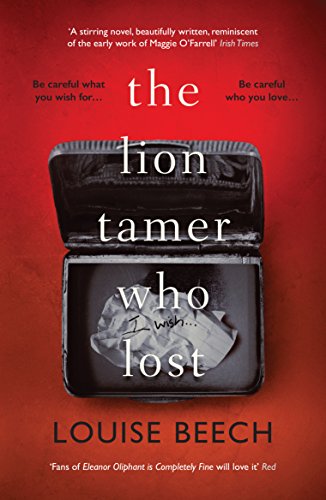 Today it is my absolute pleasure to be joining the blog tour for The Lion Tamer Who Lost by Louise Beech. My thanks go to Anne Cater of Random things Tours for inviting me to join the tour and to publishers Orenda for the advance copy for review. If I can find the right words then I’ll be sharing my thoughts with you just as soon as we’ve seen what the book is all about.

Be careful what you wish for…

Long ago, Andrew made a childhood wish, and kept it in a silver box. When it finally comes true, he wishes he hadn’t…

Long ago, Ben made a promise and he had a dream: to travel to Africa to volunteer at a lion reserve. When he finally makes it, it isn’t for the reasons he imagined…
Ben and Andrew keep meeting in unexpected places, and the intense relationship that develops seems to be guided by fate. Or is it?

What if the very thing that draws them together is tainted by past secrets that threaten everything?

A dark, consuming drama that shifts from Zimbabwe to England, and then back into the past, The Lion Tamer Who Lost is also a devastatingly beautiful love story, with a tragic heart…

You know every once in a while you pick up a book which you can just tell, within a few short words, that you are going to absolutely fall in love with? The kind of book that once you start reading you become so lost in it that everything around you disappears. That, for me, has been The Lion Tamer Who Lost the latest outrageously brilliant and tear inducing novel from Louise Beech.

Before the book was released there was some debate over the cover. Initially a savannah scene, something that you might expect given that a lion’s share, no pun intended (who am I trying to kid) is set in Africa on a reserve. Having now read the novel I can categorically say that this cover is perfect and it encapsulates everything which drives the story, everything that comes to pass, and all that can never be. Orenda covers are always good but this, in its simplicity, hits the nail right on the head.

But you didn’t come here to hear about covers now did you? That’s a pity as I’d feel far more comfortable in talking about that than in trying to explain just why I enjoyed this book so much. It is essentially the story of Ben, a young man we meet as he is waking to a brand new dawn on a nature reserve dedicated to the preservation of lions and their return to the wild. It is clear that, aside from fulfilling a promise to his mother, Ben is actually running from something, but it is only as you read on that you understand just what that is. Clearly partly it is down to a broken relationship, and we soon meet Andrew, the very person that Ben is running from. As to why … well you need to read to find out.

It is so hard to say all that I want to without giving the game away with this book, and yet I read through the majority of it in ignorant bliss, never expecting what was to come. We follow Ben’s story, both in present time with the people, and animals, that he comes into contact with in Africa. The scenes in which he rescues and befriends lion Lucy are quite powerful and so beautifully written that they are a joy to read. Ben is a character who it is easy to spend time with, in spite of the fact that we know he is not being honest with either his friends or himself, and his actions at times are quite questionable.

But then there is Ben’s time with Andrew. This is where the story is truly elevated. As soon as they meet there is an undeniable chemistry which volleys between being smoking hot and tense, and being a thing of real tenderness and beauty. Andrew is trying to write a children’s novel and it is extracts from this book which open each chapter, setting the reader up for what is to come. The simple structure and yet carefully crafted narrative in each paragraph captures the essence of the whole book and they are as beautiful as the story which follows. Just as the couple are finding their stride, tragedy strikes, and there is a certain sense of inevitability which precedes it. As I read on I knew where it was going to lead but it is not this which is the real sting in the tail.

So many clues are dropped that I’m quite surprised I didn’t cotton on sooner. There did come a point when I knew what I expected to hear but by this point I was so invested in the characters that it was still a shock. In other circumstances, what comes to pass would be deemed reprehensible and yet that was not how it seemed in this book at all. If just felt tragic, like a modern day Romeo and Juliet. There are some who still may be outraged by the story but if you look beyond the sensational to the novel’s emotional heart, you will see it is actually just tragically beautiful.

The writing in this book is simply beautiful. Louise Beech has always been someone who is able to create something almost lyrical in her writing. Here, the setting and the story combine to create an impossible to resist mix which elevates the story from another tragic relationship drama to something far more powerful. The way in which she captures emotion, from the fledgling romances, the contempt that Ben feels towards himself as he deceives his closest friends, even the anger directed towards his family and the father he just doesn’t understand, is extremely powerful and helps to draw you as a reader further into the story. The language used may be at times offensive to some, but it is real, adding a layer of authenticity to the tale. You really felt part of the working class background in which prejudices are formed at an early age and are very hard to change. And I really did enjoy the scenes in Africa where it felt like Louise Beech had captured the essence of the reserve and the conflict between the oppressive heat and the stunning beauty of the landscape perfectly.

And then that ending. Bloody hell woman! There are few things in life less attractive when greeting a courier driver than streaming red eyes and snot bubbles but I had those in abundance when answering the door as I read this book. The poor man looked scared to death. It really is one of those moments (the poignancy of which I have rather ruined with the mention of snot bubbles) which will drain your emotions. The slow build to the inevitable. The almost deafening silence which is left as the echoes of this tragic romance finally peter out. When you are left with just the feeling of what could have been and what can never be realised. Those closing paragraphs, so poignant and moving … Truly magical stuff.

The book that is, not the snot bubbles. (Well you didn’t expect me to end on something mushy did you?)

Seriously though, if you haven’t already guessed it, this has to be one of my favourite reads of this year which means it just has to have one of these …

If you would like a copy of the book for yourself then it is available now from the following retailers:

Louise Beech is an exceptional literary talent, whose debut novel How To Be Brave was a Guardian Readers’ Choice for 2015. The sequel, The Mountain in My Shoe was shortlisted for Not the Booker Prize. Her third book, Maria in the Moon, was widely reviewed and critically acclaimed. Her short fiction has won the Glass Woman Prize, the Eric Hoffer Award for Prose, and the Aesthetica Creative Works competition, as well as shortlisting for the Bridport Prize twice. Louise lives with her husband and children on the outskirts of Hull, and loves her job as a Front of House Usher at Hull Truck Theatre, where her first play was performed in 2012. 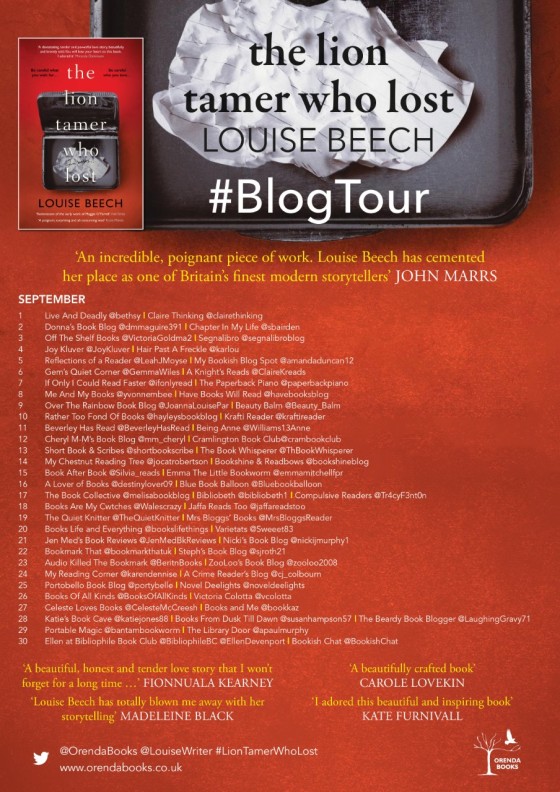