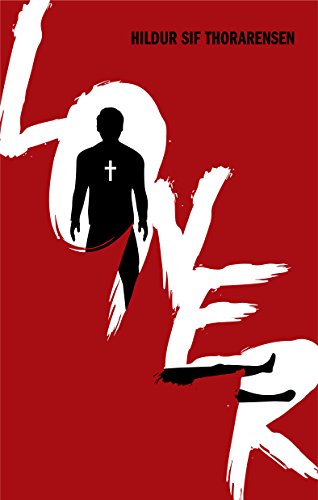 Today I am sharing my review of Loner, the first book in the Oslo Mysteries series by Hildur Sif Thorarensen. My thanks to the author for providing a copy of the book and inviting me to review. I’ll share my thoughts after we’ve seen what the book is about. 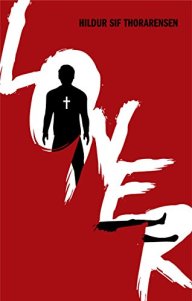 Which is worse, trying to catch a cunning killer leaving decapitated women in the woods, or trying to tame an unconventional forensic psychiatrist that seems determined to go his own way?

The Oslo autumn is creeping in with its cold spells and Homicide Detective Julia Ryland is feeling pretty content with her team of three, but when the FBI behavioral analyst, Alexander Smith, is thrust upon her, the crisp autumn air doesn’t feel as refreshing anymore. A young Icelander is found dead, an arrow piercing his heart and the extensive list of his former lovers suggests that many long nights are ahead. The murdered lothario suddenly becomes the least of their problems as headless corpses start appearing in the woods, positioned in terrifying ways and on their bodies they find messages that don’t seem to have any meaning at all.

Loner is an intriguing debut novel from author Hildur Sif Thorarensen. An Icelandic author living in and writing about Norway means that you get almost an outsiders view of the country, something which sits well with the character of Alexander, a Norwegian who had been living and working in America and picked up some less than colloquial traits along the way. It has a somewhat dark heart, the more macabre element of the central plot surrounding the abduction and murder of young women, all of whom are mutilated after death and left in a rather disturbing, and somewhat extreme fashion for the police to find. This contrasts against the murder which opens the book – a young man whose life is extinguished in an altogether unexpected way – death by arrow.

The characters within this story are very diverse with some interesting pairings created by the author. First up you have the rather straight laced Detective Julia Ryland and enthusiastic and somewhat unconventional behavioural analyst Alexander Smith. Smith is the kind of character who says whatever is in his head, no matter how inappropriate it may be, the polar opposite of Julia who is far more reticent in communication. We learn a lot about Smith’s background in this book, less so Julia whose emotional restraint isn’t really explored. They are chalk and cheese, but do work as a pairing as is often the case. Alongside them are two other Detectives, Eric and Hercules, who are more the comic relief in an otherwise dark text. One is gay the other obsessed with one of the lab rats. Both are humorous to read.

With the two very different story threads it is sometimes hard to work out whether this is the work of one murderer or two. Certainly it is treated as two investigations but it can be difficult to see how the two fit together. One investigation leads the detectives to Vampires and Wiccans and the whole idea of black magic, the other to a psychopath who is playing a game with the Detectives that only the killer knows the rules to. We are spared any gratuitous details of the actual murders, but the after effects are clear enough for readers to understand what has gone on and there is enough told through the story to give a full picture of what happens to the poor victims.

The story is told in third person multiple present tense which is not a common writing style, or at least not in the books that I typically read. I will admit that this did throw me initially when reading it and it took me time to settle into the novel, particularly when points of view changed. I would say that there are also some turns of phrase that don’t quite sit well in translation from the writer’s native tongue to English which made some of the dialogue seem clumsy from time to time. That said, the story did flow well enough and kept me entertained, and there were moments of tension littered throughout as we stood side by side with the killer and their victims, watching their every move.

If you are expecting a nice neat ending, or this is what you like from your novels, then you may be disappointed. Both investigations are brought to a conclusion, cases closed as it were. One is a little … surprising. The second – well this is where things are less straightforward, the conclusion perhaps not being what you might expect, and I’m not wholly convinced that motives were ever fully explained. Suppositions were made, and I think I know why they did what they did but I think the psychopathy of the killer could have been further explored. The final chapter did make the book seem to end rather abruptly, something which I imagine may be explored in the follow up book. Needless to say it will be interesting to see where the author takes the characters next. Thorarensen is clearly not afraid to tackle the darker subjects, or to inject humour into the writing, so anything could happen.

If you would like a copy of the book for yourself then it is available now from the following retailers:

Playing catch up with Colter Shaw reading Unforgotten by Jeffery Deaver.
This week Mandie reviewed Faithless, part of the Oslo Detectives by Kjell Ola Dahl
This week I took a look at Silenced by Sólveig Pálsdóttir, book 2 in the Ice & Crime series.
Thank you to Polygon Books for the #gifted ARC of For Any Other Truth, the latest DCI Daley thriller from Denzil Meyrick.
Thank you to @muswellpress for the #gifted ARC of Bloody Foreigners by Neil Humphreys. Out in July this is part of the Detective Stanley Low series.
Thank you to @cassavarepublicpress for the #gifted copy of Accra Noir, a collection of Ghana set short stories.