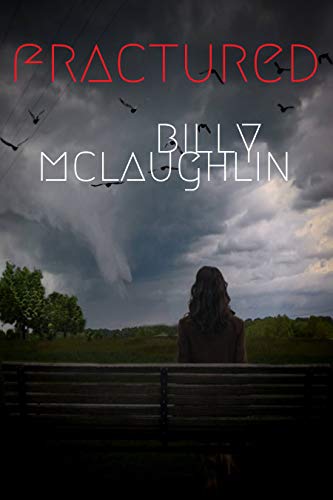 Today it is my great pleasure to be joining the blog tour for Billy McLaughlin’s Fractured which is released on 31st August. I have a guest post from Billy to share with you all,  putting the spotlight on one of his central characters, Christa Bell, but first of all, let’s take a look at what the book is all about.

Ellie Caldwell lives in constant fear. Two deadly events in her life have left her forever traumatized. One, she relives in her nightmares. The other, so devastating she has completely omitted it from her memory. Once more she’s staring into the face of death. Locked up in a psychiatric ward, she finds herself accused of murder. She’ll have to run for her life if she wants to save it…

Marissa Hall lives in a constant battle with her inner voices after she was left with devastating burns on her face. In her mind, as she descends into madness, revenge is the only way of evening the score. She’ll have to destroy someone else’s life to take back her own…

Two women’s lives will intertwine as one’s quest for truth faces off with the other’s lust for revenge.

Today, I’m introducing Christa Bell who is one of the characters in my new book Fractured. She is a character who will likely only make an appearance in this book despite me really enjoying writing her.

Christa is very much a supporting character, but very integral to the plot. She serves as a base, someone who is the linchpin of the story.

She’s fierce and she’s an underdog. She’s not written as a beauty but rather an awkward dumpy woman. She cares ferociously but also knows that she should be separating her feelings and her professionalism. I like that she’s got bite. She openly admits she’s not a nanny type and that she went into her profession because a past spouse told her she was too stupid.

She can be a little snippy. I don’t know if there’s a lot to dislike about her. I didn’t write her to be disliked. She’s a more upbeat character in a book that has a lot of unhappiness.

Did your early readers / editorial team like her to start with or did you have to change her in any way?

I’ve not had any complaints about her. I didn’t have to change anything about her either, not a single line from what I can remember.

Did she have any similarities with anyone real?

No. (laughs). Absolutely not. I know lots of people who are in the nursing profession. Maybe I borrowed slight quirks from some of them. I never fully base anyone on someone I know. I only tell them I do 😉

What are your plans for her?

There’s no plans for her to return right now. She’s done her bit and pushed the plot along, albeit with an element of short-temperedness. Maybe you’ll hear more about her in the future, I couldn’t say.

Would you be friends in real life?

I probably am. No, seriously, I would be. She’s right up my street. Sweet but snarky, fierce but vulnerable, she’s definitely someone I could get on with.

Thanks Billy. Sounds like you had your hands full with Christa. If you’d like to read more about Christa then you can get your hands on a copy of Fractured from the following retailers:

Billy McLaughlin is a Glasgow born author who released his first novelette Invisible in March 2016. Receiving glowing customer reviews, he followed up with the gritty novel Lost Girl which introduces readers to the mainstay characters Phil & Kate. In September 2016, his third book In the Wake of Death was released, re-uniting audiences with Phil & Kate as well as throwing a brand-new mystery that has been praised for its unique twist.

McLaughlin welcomed 2017 in celebrating that Lost Girl peaked at number 2 in the crime thriller charts the previous August and gained the coveted number 1 slot in the Scottish crime charts with In the Wake of Death. His fourth book The Dead of Winter arrived in March 2017 to glowing reviews. One reviewer likened the novel to a series of Broadchurch. Kate and Phil returned for a brand-new mystery in The Daughter which also sees the return of Donna Barclay. 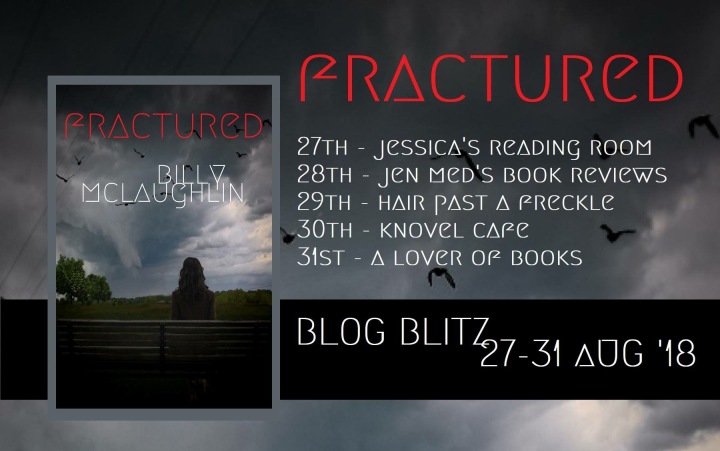