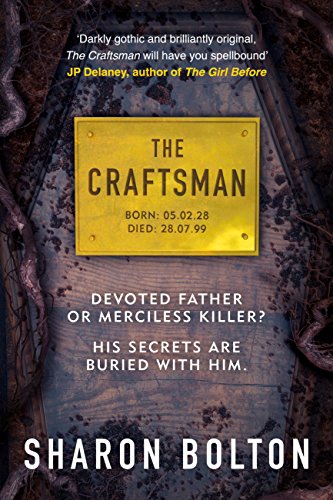 Today it is my absolute pleasure to be taking part in the blog tour for The Craftsman, the latest eerily dark novel from author Sharon Bolton. My thanks to publishers Trapeze for providing an advance copy of the book and to Tracy Fenton for inviting me to join the tour. Let’s take a look at what its all about. 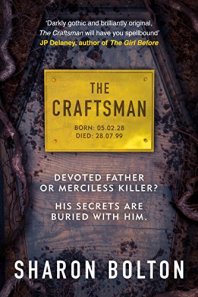 His secrets are buried with him.

Florence Lovelady’s career was made when she convicted coffin-maker Larry Glassbrook of a series of child murders 30 years ago. Like something from our worst nightmares the victims were buried…ALIVE.

Larry confessed to the crimes; it was an open and shut case. But now he’s dead, and events from the past start to repeat themselves.

Did she get it wrong all those years ago?
Or is there something much darker at play?

Gah. Can you think of anything worse than the idea of being buried alive? The whole misery of the darkness surrounding you, the hopelessness that comes with every futile attempt to break free. The feeling of despair which turns to panic, using up all that precious air that you so desperately need … At which point do you give up hope – before or after fear turns to pain? It’s no wonder that it is such a common fear. And it is exactly this which Sharon Bolton taps into, magnifies and amplifies by building a sense of foreboding, adding a dash of the supernatural and topping off with a whole dollop of intrigue and tension creating an absolute cracker of a book.

Told in three parts and two different moments in time, the story follows Florence Lovelady who finds herself drawn into the investigation into a missing teenage girl. Starting in the present when the convicted murderer is interred and taking us back to the fateful events of 1969 when the full horror of his actions are uncovered, the story is full of darkness, a creeping and chilling mystique, urban legends involving witchcraft and … more misogynists than you could shake a stick at. Well – it was the sixties. Like it or not, it’s authentic, so don’t expect feminist sensibilities to be catered for in any great way here.

Don’t get me wrong – Florence is a fantastic character, holding her own in a team of male police officers who see her as an overeducated tealady. And hold her own she does, running rings around her colleagues, even her superiors, with her tenacity and determination. When she is given a task, no matter how trivial it may seem, she sees it through and, sometimes unwittingly, manages to uncover vital clues as a result. Not that her actions go wholly unnoticed, our heroine finding herself in harms way on more than one occasion. Doesn’t stop her though. She’s a feisty one and she will get her man, even if it kills her.

I really liked Florence, enjoyed getting to know her character. Sharon Bolton has done a brilliant job of bringing out both her anxieties and fears but also her inner strength. From her doubt over the original case that we see in the first and final parts of the text, to the lengths she is willing to go to protect those she loves, there is little you cannot help but like about Florence. She is open minded where others around her are closed off and she cannot be bought, which in a community dominated by Lodges, Freemasons and the like, is no mean feat, especially in a patricarchal 1960’s community at the foot of the Pendle Hills.

If you are looking for a straightforward police procedural then in some respects this book may not be for you. There is an element of the otherwordly about this story, tapping into local urban legend and the ideas of witchcraft which I have to admit was right up my street. If you can retain an open mind about how much the ‘witches’ really had to play in the events which unfold and how much is just down to belief in their power, then you will see that threaded through the story, from start to finish, is a dark and twisted mystery, one of murder and long buried secrets, of trust and betrayal and, at the end of it all, a bloody good yarn.

The skill which Sharon Bolton has for creating tension is undeniable, and you can feel the oppression of the darkness surrounding the village, the unnerving sensation of being watched. It’s the kind of book you may not wish to read in the dark. For me not outright horror, which I love , but dark and gripping enough to get the heart pumping at a good rate of knots. The kind of reading which registers quite nicely on your Fitbit pulse tracker (other health monitoring brands are available).

This book ticked all the boxes for me and is highly recommended. A dark mystery with a taste of the supernatural, all wrapped up in a read which is as compelling as it is chilling. Tidy stuff and hats off to Ms Bolton for another cracking read.

The Craftsman is available now from the following retailers: 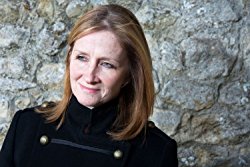 Sharon (formerly S J) Bolton grew up in a cotton-mill town in Lancashire and had an eclectic early career in marketing and public relations. She gave it up in 2000 to become a mother and a writer.

Her first novel, Sacrifice, was voted Best New Read by Amazon.uk, whilst her second, Awakening, won the 2010 Mary Higgins Clark Award (part of the prestigious Edgars) in the US. In 2014, Lost, (UK title, Like This, For Ever) was named RT Magazine’s Best Contemporary Thriller in the US, and in France, Now You See Me won the Plume de Bronze. That same year, Sharon was awarded the CWA Dagger in the Library, for her entire body of work. In 2016, Little Black Lies won the Dead Good award for the best twist.

She has been shortlisted for the CWA Gold Dagger, the Theakston’s Prize for Best Thriller, the International Thriller Writers’ Best First Novel award, the Prix Du Polar in France and the Martin Beck award in Sweden.

With ten books to her name, Sharon is a Sunday Times bestselling author and has been described by a reviewer for that newspaper as being ‘unable to write a sentence not suffused with menace.’

Sacrifice has been made into a Hollywood film starring Radha Mitchell, Rupert Graves and David Robb. Little Black Lies and the Lacey Flint series have been optioned for TV.

Sharon lives with her family of four, one of whom is a food-stealing, rabbit-chasing lurcher, in the Chiltern Hills, not far from Oxford.