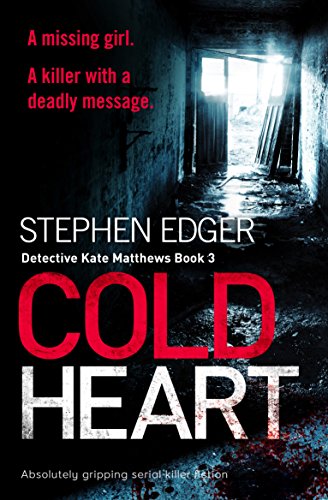 Today it is my great pleasure to be taking part in the blog tour for Stephen Edger’s latest DI Kate Matthews novel, Cold Heart. My thanks to Noelle Holten and Bookouture for providing an advance copy for review and for inviting me to join the blitz. I’ll be sharing my thoughts on the book in a short while, just as soon as we’ve taken a look at what the book is all about. 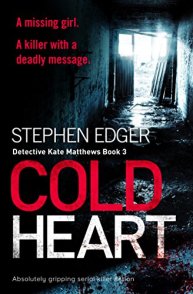 It has been a week since anyone last saw fifteen-year-old Daisy, after she left her best friend’s house and started her short walk home. Detective Kate Matthews and her team have been looking for her ever since.

When a tip-off leads Kate to a disused gymnasium at Daisy’s school, she is shocked to find evidence linking to the murder of a different girl.

Working the two cases side by side, Kate’s blood runs cold when a gift-wrapped box containing a human heart is delivered to her at the station. The heart belongs to yet another unknown victim, but the message is clear: there will be more, and Daisy could be one of them.

When activity on Daisy’s Facebook account indicates she is still alive, the race is on for Kate and her team. Will Daisy be the killer’s next victim? Is Kate prepared to risk everything to stop another innocent life from being taken?

This absolutely unputdownable crime thriller will have fans of Angela Marsons, Peter James and Rachel Abbott biting their nails long after the final twist has sunk in.

You know, I have to be honest – ever since the porridge incident in the first instalment of the Kate Matthews series I have been intrigued. Firstly by this strange, effective, but ultimately flawed protagonist, Kate, and secondly by author Stephen Edger’s ability to come up with ghastly plots which will make sometimes make you wince, can often have you on the edge of the seat but are always entertaining and grounded in reality somehow maintaining a fictional authenticity. Cold Heart is another example of this, something the author does so very, very well.

The story begins with the team investigating the disappearance of a young girl, Daisy, who has not been seen since leaving a friends house the previous week. Now we join the action as Kate Matthews is interviewing the staff starting with Head Teacher, Mrs Kilpatrick, alongside DS Patel. there is little to mark this as a significant event, other than them alluding to an incident which occurred in someones not so distant past. However, they are soon interrupted by the groundsman who has spotted something untoward in the old school gym which has been closed and earmarked for demolition. This leads Kate and Patel to a grim discovery which will set in motion a worrying chain of events where nobody knows how, or even if, it links back to the missing school girl.

Now I don’t want to say too much more about the plot than that as I think this is one of those books you need to read to slowly unravel the clues. I will be frank and say that I figured out pretty early on what the central premise of the action probably was, but this is not necessarily the big secret or the big reveal and it is more a case of the team having to slowly put the pieces together to work it out. What is up for question, and the part which is a lot less obvious is the who and the why. Well that and what did happen to Daisy?

Now the author does a grand job of creating uncertainty through misdirection as there are a number of key suspects and in truth it could be any one of them. He also creates moments of great tension as all appears lost for a certain character or where the killer or killers draw Kate into the investigation on a much more personal level than would strictly be appropriate. It all pulls together to draw the reader in and compel them to read onward, and the pacing changes to reflect the tone of the story at that point.

Now there are perhaps less of the gruesome aspects to this case and there is no gratuitous violence, the worst of the action kept off the page, even though the level of violence, or in the very least the violence of the deeds, is made very clear to the readers. But what I really love about the series in the way in which they capture the very human elements of not just the victims but the police who investigate them. In this story, rather than being the centre of attention from a domestic point of view, Kate finds herself caught in the middle of a difficult situation involving a colleagues family and they way in which she deals with it marks her out both as a police office and a mother and friend. She is one of those characters where by there are so many reason not to like her – she is far from being perfect – and yet so many reasons to be drawn in by her and want to see her succeed.

Overall, the pacing of this book felt slightly slower than perhaps some of the previous novels, but this isn’t a bad thing. It fits the narrative and although you very much get the sense of the ticking clock in terms of trying to find the missing girl, the key hours already long behind them by the time we join the action, this is not the only element of the investigation or the story. All that remains is to determine which is the higher priority for Kate and her team. the potentially still living or the definitely now dead.

All in all a highly enjoyable read and a great addition to the series. Given that Kate has now officially outed her romantic entanglements, has taken on a role of agony aunt and is finally showing signs if being a strong and conscientious mother to her daughter, I am truly intrigued to see where Stephen Edger takes Kate and us, his readers, next.

Cold Heart is available now from the following retailers: 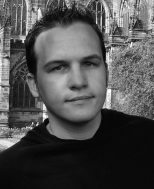 Stephen Edger is a British crime writer, who has been writing since 2010. In that time he has written and published eleven novels, and five short stories. He writes mysteries and thrillers focused on crime.

Stephen was born in the north-east of England, grew up in London, but has lived in Southampton since attending university in the year 2000. Stephen works in the financial industry, and uses his insider knowledge to create the plots of his books. He also has a law degree, which gives him a good understanding of the inner workings of the UK justice system.

Stephen is married, and has two children, and two dogs. He is passionate about reading and writing, and cites Simon Kernick and John Grisham as major influences on his writing style.

Do make sure to check out some of the other brilliant Blogs taking part in the blitz. 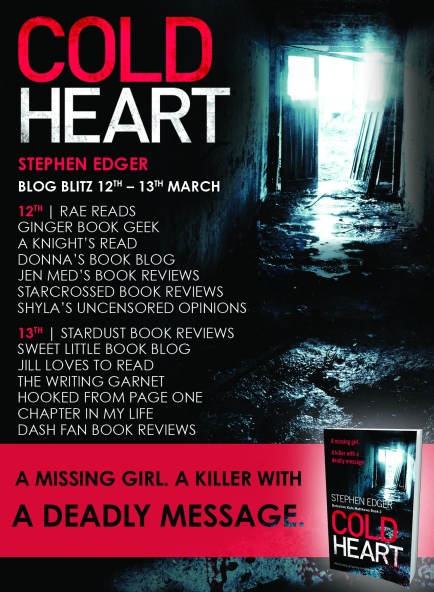 One thought on “#BlogBlitz: #ColdHeart by Stephen Edger @StephenEdger @Bookouture”