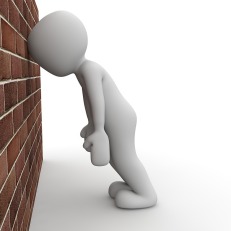 This may be a very short wrap up as, to be honest, I have done nothing interesting and, as I write this, I feel like poop. So much so I have just had to delete and re-write write four times to get it right …

This week I have mainly, been grumpy, been very, very annoyed and even more grumpy, worked, which makes me even more grumpy and seem to be developing a cold or at very least a sore throat so you can imagine how that makes me feel. I have fought with my router, had to move it to reconnect my media services which annoyed me greatly as it’s been in teh sme spot for years and worked fine. I also fought with the desire to say stuff my diet and eat this little chap.

He has sat on my desk since early December and followers of my Twitter feed and FB friends will know he came close to getting punched out at one point as he looked so flipping smug. He did, however, survive the week … You’ll get nothing useful from trying to enlarge the image by the way. The flags are depot visits which are overdue and he paper is my next Dentist appointment. More reasons to be grumpy…

I have to say that this has been one of those weeks in which I have had to think long and hard about whether I want to continue this blogging malarkey. It is a lot of pressure at times and often I wonder if anything is really worth it. This isn’t a pity post so I don’t want comments about how I should stick with it etc … If I do I do, if I don’t that will be my choice. I’m not fishing for sympathy votes, no private messages asking me what is wrong. Those that know me well know why and least said soonest mended on that front. Things may change. They may not. I have blog tours lined up for two months so you’re stuck with me that long at least. After that … who knows.

Told you I was grumpy.

Aside from being grumpy, as is the norm I read a few books, bought a few books, received a book through the post and got some books off Netgalley. Shocker I know. Book post wise I received one arc – a lovely copy of Thomas Enger’s Killed which I am also quoted in, and my signed copy of On The Bright Side by Hendrik Groen. Some less grumpy moments there.

Netgalley wise, given the size of my considerable pile, I have been a fool. Good books though … The Cliff House by Amanda Jennings; The Abandoned by Sharon Thompson; Past Echoes by Graham Smith; Little Liar by Clare Boyd and The Missing Child by Alison James.

Books I ordered include: Truth and Lies by Caroline Mitchell; The Chalk Man by CJ Tudor; The Old You by Louise Voss; and Assassins Retribution by Rachel Amphlett.

Reading wise, I have been fortunate. No books to make me grumpy.

Books I have read:

THE FEED by Nick Clark Windo is a startling and timely debut which presents a world as unique and vividly imagined as STATION ELEVEN and THE GIRL WITH ALL THE GIFTS.

Tom and Kate’s daughter turns six tomorrow, and they have to tell her about sleep.
If you sleep unwatched, you could be Taken. If you are Taken, then watching won’t save you.
Nothing saves you.

Your knowledge. Your memories. Your dreams.
If all you are is on the Feed, what will you become when the Feed goes down?

For Tom and Kate, in the six years since the world collapsed, every day has been a fight for survival. And when their daughter, Bea, goes missing, they will question whether they can even trust each other anymore.

The threat is closer than they realise…

If you love a dystopian thriller then you will absolutely love this. It will certainly make you think about each successive generations access to technology and the impact this will have upon our, or rather their future. I’ll be sharing my thoughts on the blog tour later this week, and the book is released on 25th January but you can order your own copy here.

THE DEAD DEMAND VENGEANCE in the ALL-NEW compelling novel in the BESTSELLING Inspector McLean series.

A truck driver loses control in central Edinburgh, ploughing into a crowded bus stop and spilling his vehicle’s toxic load. The consequences are devastating.

DI Tony McLean witnesses the carnage. Taking control of the investigation, he soon realises there is much that is deeply amiss – and everyone involved seems to have something to hide.

But as McLean struggles to uncover who caused the tragedy, a greater crisis develops: the new Chief Superintendent’s son is missing, last seen in the area of the crash . . .

Oh I do love me an INspector McLean book and this one is a classic. With a plot line a little too close to home for me, this takes McLean back to his otherworldly best and I loved it. I shall be in Edinburgh for the pre-launch event on 24th January, lucky me, but you can order a copy of launch day, 25th, right here.

The sergeant took some from each box and spread them around the floor so they could all see. Dozens upon dozens of them. DI Rachel Narey’s guess was that there were a few hundred in all.

Many of them were in crowd scenes, some just sitting on a park bench or walking a dog or waiting for a bus or working in shops. They seemed to have no idea they’d been photographed.

A dawn raid on the home of a suspected rapist leads to a chilling discovery, a disturbing collection hidden under floorboards. Narey is terrified at the potential scale of what they’ve found and of what brutalities it may signal.
When the photographs are ruled inadmissible as evidence and the man walks free from court, Narey knows she’s let down the victim she’d promised to protect and a monster is back on the streets.
Tony Winter’s young family is under threat from internet trolls and he is determined to protect them whatever the cost. He and Narey are in a race against time to find the unknown victims of the photographer’s lens – before he strikes again.

Confession time. This is the first Narey and Winter book I have read. It won’t be the last. Tackling a very sensitive and timely topic this is pitched perfectly and grabs the attention without trivialising or glamourisng the subject. You can preorder a copy ahead of its 25th January release here.

Spies. The best unreliable narrators that money can buy…

Eva and her fractured team are on the run, desperate to find answers and uncover who has betrayed them from within the shadowy government organisation known only as the Section.

Evading assassination in Berlin and Prague, Eva has had time to regroup and try to solve the mystery behind the attempts on her life.

But her enemies are one step ahead of her, eliminating anything and anyone who stands in their way.

Assassins Vengeance is the second episode in an ongoing story featuring Eva Delacourt. The story is concluded in episode 3 of the English Spy Mysteries, Assassins Retribution.

Part two of Rachel Amphlett’s English Spy Mysteries series explains a little more of the puzzle but still leaves more questions than answers. Action packed and entertaining, I can’t wait for next week. You can order a copy here.

That is it. Four books. Not my best week but in my defence, I’m tired. Very tired. Quite a busy week on the blog with six posts, in spite of my assertion I was cutting back.

#BlogTour: A Map Of The Dark by Karen Ellis

The week ahead is full with no less than six blog tours. So much for cutting back … Starting today with An Act Of Silence by Colette McBeth; The Start Of Something Wonderful by Jane Lambert; Vanishing Girls by Lisa Regan; The Feed by Nick Clark Windo; The Cover Up by Marnie Riches and The Innocent Wife by Amy Lloyd. No pressure … 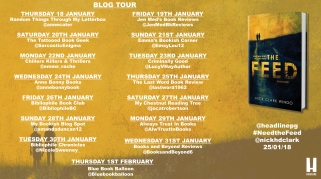 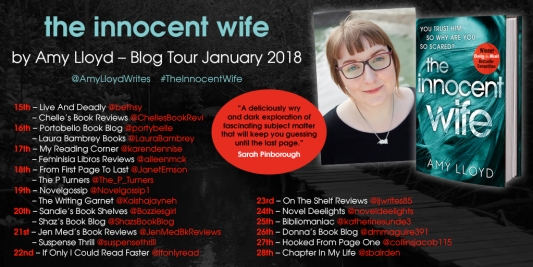 Aside from more reading and more being grumpy and more feeling sorry for myself, this week will be mostly full of reading. I shall try to ignore my streaming eyes, leaking nose and throat that feels as though I’ve been gargling caustic soda and concentrate on the lovely words and the fact I have now, finally, booked my event tickets for Granite Noir. Tidy.

Have a brilliant and hopefully flu/cold free week all. See you on the other side. Bring tissues.