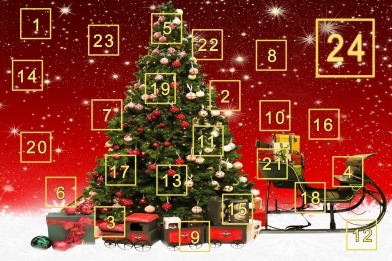 #Bookvent – Celebrating my top reads of 2017

My fifteenth #bookvent pick is one which is based upon a true story and which tackles a very harrowing and yet socially relevant subject. The book, and the tragic story upon which is was based, was the subject of the very first Written in Blood episodes and I don’t think that anyone watching it could fail to have been moved by the story which unfolded. This book combines both emotion and action in a brilliant tale featuring one of crime fictions favourite detectives. Shining a light on the very real, very disturbing idea of the ‘honour killing’, my fifteenth #bookvent pick is … 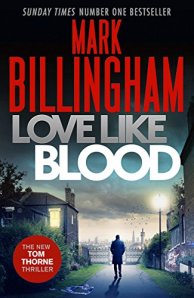 A BLOODY MESSAGE
As DI Nicola Tanner investigates what appears to be a series of organised killings, her partner Susan is brutally murdered, leaving the detective bereft, and vengeful.

A POWERFUL ALLY
Taken off the case, Tanner enlists the help of DI Tom Thorne to pursue a pair of ruthless killers and the broker handing out the deadly contracts.

A CONSPIRACY OF SILENCE
As the killers target their latest victim, Thorne takes the biggest risk of his career and is drawn into a horrifying and disturbing world in which families will do anything to protect their honour.

What I loved most about this story is that it doesn’t try to instill any kind of morality to the subject of honour killings, either for or against, or to assign the blame to any particular faith. It doesn’t glorify or vilify the act necessarily, but it does make clear the facts and allows the reader to make their own minds up. There is a great blend of the emotional, with the impact of the killings upon the families left behind, not always the instigators of the murder, and the action, as our hero, Tom Thorne, narrows in on the killers. There is also another angle to the emotional aspects of the story in which Thorne begins to think more about his future with his partner, and in which Tanner, someone we first met in Die Of Shame, deals with the death of a loved one. The way in which Mark Billingham blends the personal with the professional is seemless and so well developed that I was engrossed in the story from start to finish. Blending cold cases with new, and the action sequences with the times of more careful reflection, there is still the real essence of a good old Tom Thorne novel in play here. And the mixture of Thorne’s more risqué methods of investigating and Tanner’s straight-laced approach actually works really well. It’s a pairing I would be very keen to see again.

You can read my full review of Love Like Blood right here and purchase a copy of the book from the following links: