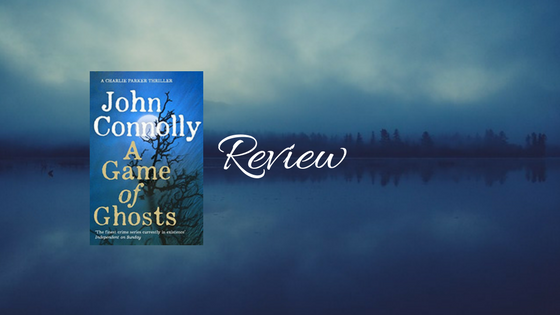 Man, oh man. I should be seriously ashamed of myself. I have had this book on my tbr list for nearly eight months and only now get round to reading it. And this is one of my favourite series too. I have just been so busy, I have no idea how time got away from me but it did. I love the Charlie Parker books. I typically eat them up. I have no excuses other than I have had a really mad year and I have literally no idea how we have come to be in December and nearly 2018 already.

Still, I have remedied that all now and I am back up to date, book fifteen complete. I’ll tell you my thoughts in just a moment, as soon as we’ve taken a look at what this was all about. 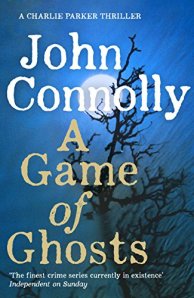 Internationally bestselling author John Connolly returns with another “superb fusion of noir and the supernatural” (My Bookish Ways) in this latest thriller in his gripping Charlie Parker series.

It is deep winter and the darkness is unending. A private detective named Jaycob Eklund has vanished and Charlie Parker is assigned to track him down. Parker’s employer, Edgar Ross, an agent of the Federal Bureau of Investigation, has his own reasons for wanting Eklund found. Eklund is no ordinary investigator–he is obsessively tracking a series of homicides and disappearances, each linked to reports of hauntings. Now Parker is drawn into Eklund’s world: a realm in which the monstrous Mother rules a crumbling criminal empire, in which men strike bargains with angels, and in which the innocent and guilty alike are pawns in a game of ghosts…

Ahhhhhhh. It really is like slipping on a comfy pair of slippers falling back into Charlie Parker’s world. Okay … so when I say comfy I actually mean a completely tense, totally nerve jangling, often like treading on broken glass, keeping you on edge kind of comfort. You know – the entertaining kind.

For me this was one of the top ones. Charlie Parker back to what he does best – chasing demons and, in this case, ghosts. Although the true evil in this book is of a much less ethereal kind, but the reasons behind it are driven by the spiritual, the tone of the story leaning closer to the other dimension of Mr Connolly’s cleverly crafted honeycomb world, just the way I like it. There are so many elements to this book that had me smiling from start to finish, the least of them being how wonderful it was just to be back with such familiar faces.

I really do love the cast of characters that John Connolly has developed throughout the series, although what befalls one of them was somewhat of a surprise. I am totally invested in each and every one of them and as the story develops, the emotional turmoil, especially surrounding Parker and his relationship with his daughter Sam, increases, tugging at those heartstrings even more. You hate to see anything bad happen to any of them and yet it is seemingly inevitable. This book sees Sam affected deeply by her emotions and yet allows the reader to acknowledge one true fact – no matter what she is still but a child. To keep herself in check when dealing with the frustrations and lack of understanding of youth is a true difficulty, one which comes to haunt Sam in this book.

And then we have Angel and Louis. As ever they are Parker’s faithful companions, willing to follow him on whichever investigation he is drawn into. This one is driven by the FBI, with Ross pulling the strings much to their disgust, and yet they willingly join Parker as they understand the danger that lies beyond what their eyes can see. Their relationhsip is both witty and touching. They are polar opposites and yet they are so perfectly in tune with one another that the simplicity of their interactions provides perhaps the most heartwarming and yet heart wrenching of all of the scenes in the book. There is one quiet moment between them which really makes my heart ache. Read and you will understand why.

The central story in this book is somewhat gruesome at times, but focused on a theme which many will recognise. Power, greed and a need to be all encompassing and evade justice. It is a story which has crossed centuries, and which is brought to a head by the disappearance of a Private Investigator. The bad guys in this book are not all entirely merciless, but they are driven by their mission more than the desire not to kill. It is a case of needs must although there are some who revel in the act.

There are just so many brilliant things about this book, so many elements which draw us full circle back to events from previous novels, that to make sense of it all you really need to read the others first. I will admit that I half read and half listened to the book and it was a strange experience. Not bad strange – just a little odd. Now I may make myself look a right wally here, but when I read the other books, I never really thought about accents. If anything I possibly even read them with John Connolly’s Irish accent in mind rather than the native Maine accents I should have been hearing. So when I started listening I was a bit thrown for a while to hear an America accent. Perhaps it’s because I started too late in the series to listen to the audio. Kind of like seeing a movie of a book when the actor isn’t who you had pictured in your head. Takes a bit of getting used to. It was very good, and once I got over the fact the characters are all actually American (I know – spoiler right 😉 ) I really rather enjoyed it.

The only benefit of reading this book so late is that now I really don’t have that long to wait for the next one. Roll on book sixteen, although I do sometimes worry about how fast we may be approaching the end. I never want to see that happen but I know it is inevitable. I can only console myself with the fact that I can then start back at the very beginning and read them all over again.

You can purchase a copy of Game Of Ghosts, which I highly recommend that you do, from the following retailers:

One thought on “Review: A Game Of Ghosts by John Connolly @jconnollybooks @HodderBooks”

Today I wish a happy publication day to @fionacumminsauthor as When I Was Ten is out now. @panmacmillan
Thank you to @fmcmassociates and @michaeljbooks for today’s #gifted #bookpost - a paperback copy of Because of You by @dawnfrenchofficial. Really looking forward to being part of the blog tour which starts in a couple of weeks time.
Today Mandie shares her thoughts on The Whispers by Heidi Perks.
Thank you to @caroline_writes for my comp win - a #gifted copy of Flesh & Blood, the next book in the DI Amy Winter series. Can’t wait to read it.
Today I’m sharing my thoughts on The Source, the brand new thriller from Sarah Sultoon and @orendabooks
This week Mandie caught up on the latest book in the DCI Ryan series by @ljross_author - Cuthbert’s Way