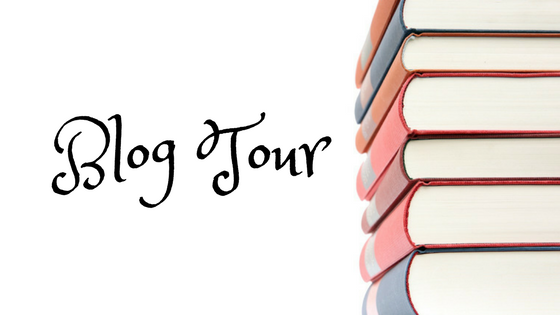 It is a bitter sweet moment today as I have great pleasure in joining the blog tour for Whiteout by Ragnar Jónasson, but great sadness in knowing this is the last in the Ari Thór and Dark Iceland series of books. My thanks go to Anne Cater for inviting me to be a part of the and to the publisher, Orenda Books, for providing an advance copy for review. 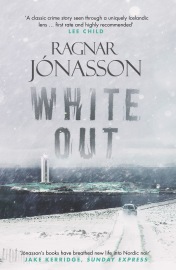 Two days before Christmas, a young woman is found dead beneath the cliffs of the deserted village of Kálfshamarvík. Did she jump, or did something more sinister take place beneath the lighthouse and the abandoned old house on the remote rocky outcrop?

With winter closing in and the snow falling relentlessly, Ari Thór Arason discovers that the victim’s mother and young sister also lost their lives in this same spot, twenty-five years earlier. As the dark history and its secrets of the village are unveiled, and the death toll begins to rise, the Siglufjordur detectives must race against the clock to find the killer, before another tragedy takes place.

Dark, chilling and complex, Whiteout is a haunting, atmospheric and stunningly plotted thriller from one of Iceland’s bestselling crime writers.

This is such a hard review to write. What can I say that hasn’t already been said (including by me)? If you have not yet picked up any of the Dark Iceland books then I just have to say that you are truly missing out on what has been a brilliant series. So very different from anything I had read before, this series was my first introduction to Icelandic fiction, but since I started reading, or in my case listening, I have not looked back.

Contacted by his former inspector, Tomas, for help with a relatively local case, Ari Thór welcomes the opportunity to get away from his own station for a while. Only one problem – his partner, Kristin, is pregnant, and with Christmas fast approaching they had been looking forward to spending the festive season together. The case is intriguing; a young woman who has fallen to her death in the exact same place that her sister and mother lost their lives. While the case may be a simple suicide, Tomas isn’t entirely convinced, and it is down to Tomas and Ari Thór to find the truth, whatever that may be. Faced with harsh conditions and relative isolation, what could possibly have caused three people to lose their lives?

The beautiful thing about these books is the way in which Ragnar Jónasson has skilfully managed to evoke the sense of setting and atmosphere within his writing. In a part of the country set with almost perpetual darkness and the prospect of truly harsh conditions, he has found the perfect backdrop for a story which perpetuates a kind of eeriness and a sense of sadness which is passes from one person to the next. There are no truly happy characters in this story; each has their own tale to tell, their own secrets about which they keep their own counsel. It makes it hard, impossible almost, to trust anyone, and heightens the awareness of a dark spirit and an inherent sadness within the house. From the very moment Ásta returns to her childhood home, you can feel the darkness descend upon the house; a kind of oppression which will force long-buried secrets to the surface with the most tragic of consequences.

Don’t come to this series expecting fast paced action and high-speed chases. True to the setting and the nature of the people within the story, you will get none of that here. What you will get is a natural unravelling of the story until the facts present themselves. A kind of old fashioned detective story in which intuition and investigation are as important, if not more so, that forensic examination. Not that forensics don’t play a key part – they do. But they are hours away from Reykjavik and only days away from Christmas. Whatever the evidence they uncover, it will be hard to secure the scientific proof in time to prevent further tragedies taking place.

Ari Thór isn’t your typical action hero either. Somewhat brooding, occasionally moody if truth be told, he is still a character who holds your attention and who I could not help but love. He has his own secrets, ones he is keeping from Kristin and ones which the imminent birth of his first child is forcing him to confront. In Ásta, he sees much of himself. Alarmed by the similiarities in their circumstances he is compelled to find the truth and it is this determination which will ultimately lead them to the reasons behind her death. But is it suicide, or something far more sinister? To be fair, there are themes touched upon, not in a necessarily overstated way mind, that will make you wince and feel sympathetic to the child Ásta once was. Lord knows her family situation is truly tragic and it would be a hard-hearted person who does not feel at least a little compassion.

I really do love this series – the sense of place, of atmosphere, of tradition – which emanates from each and every page. It is full of situations you can recognise and characters you can both empathise with and also detest. But more than that it is simply that there is a beautiful, sometimes almost lyrical and even mystical quality to the prose, so much so that it draws you in and holds you captive until you turn the very last page. And it is with true regret that I did so as I will miss Ari Thór. My only comfort is knowing that I can now go back and read all the books again from the very start.

Whiteout is the fifth book in Ragnar Jónasson’s Dark Iceland series. It is available now from the following retailers:

Ragnar Jónasson is author of the international bestselling Dark Iceland series. His debut Snowblind went to number one in the kindle charts shortly after publication, and Nightblind, Blackout and Rupture soon followed suit, hitting the number one spot in five countries, and the series being sold in 18 countries and for TV. Ragnar was born in Reykjavik, Iceland, where he continues to work as a lawyer. From the age of 17, Ragnar translated 14 Agatha Christie novels into Icelandic. He has appeared on festival panels worldwide, and lives in Reykjavik with his wife and young daughters.

Make sure to check out some of the other great bloggers taking part in the tour.