It is my absolute pleasure, alongside Ronnie Turner, to be taking part in today’s leg of the blog tour for The Man Who Died by Antti Tuomainen . Ever since I picked up and read a teaser for this book back at CrimeFest in May, I have been desperate to get my hands on the complete book. A massive thanks to Anne Cater and Karen Sullivan at Orenda Books for letting me be a part of the tour. This has been one of my most anticipated reads of this year. We’ll see if it lived up to expectations in just a moment, after we’ve taken a look at what the book is all about. 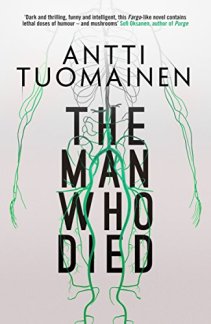 A successful entrepreneur in the mushroom industry, Jaakko Kaunismaa is a man in his prime. At just 37 years of age, he is shocked when his doctor tells him that he’s dying. What is more, the cause is discovered to be prolonged exposure to toxins; in other words, someone has slowly but surely been poisoning him.

Determined to find out who wants him dead, Jaakko embarks on a suspenseful rollercoaster journey full of unusual characters, bizarre situations and unexpected twists.

With a nod to Fargo and the best elements of the Scandinavian noir tradition, The Man Who Died is a page-turning thriller brimming with the blackest comedy surrounding life and death, and love and betrayal, markinng a stunning new departure for the King of Helsinki Noir.

I’m not going to deny it. I am a very lucky book blogger. I work hard (or at the very least long hours) at my day job and this gives me the money to do some of the things I love which includes going to a certain number of book events. I was very (very) fortunate to be able to attend not one, but two Orenda Roadshow events earlier this year where I got to meet Antti Tuomainen, and hear him speak about and read from his previous book, The Mine. Now I loved that book and loved the way in which it conveyed the dark and chilling atmosphere of the Finnish landscape. What it didn’t do was give the reader a proper indication of the beautifully dry and understated humour that clearly lies within Mr Tuomainen, something which was showcased perfectly in The Man Who Died. 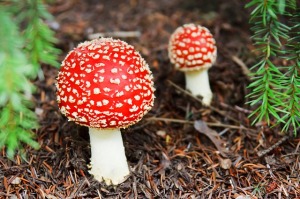 From the very moment I read those first few chapters in the teaser, I wanted to read more. How matter of factly our protagonist’s predicament was laid out. How magnificently simple and yet somehow still chuckleworthy those first few moments were. And yet there was more to come. Certainly, much like Jaakko, I needed to know who would want to poison him and why. I mean – a mushroom entrepreneur? How cut throat could that business possibly be? It is quite possible that within those opening chapters we already have our answer – we are certainly given a prime suspect. Jaakko’s wife, Taina, a woman who appears to have a fondness for, how should I put this … outdoor pursuits. It is in this scene that you really feel that dry humour begin to build, along with fears for Jaakko’s resident hedgehog, Veikko, and thus the tone is set for all that follows.

Now this is not your typical thriller. The story is centred around Jaakko as he tries to discover just who it is that could have poisoned him. And despite initial appearances, the list of suspects is longer than you may think. Because it seems that mushroom farming in Finland is quite the dangerous enterprise. There is a new operation in town, one that seems intent on taking over from Jaakko. But could they be responsible? They certainly have the personalities for it, a combination of both menace and at times almost slapstick comedic ineptitude. There are two scenes in which Jaakko is approached by part of the three-man crew, both of which I defy you to read without a big grin working its way across your face. You’ll definitely not look at saunas in the same way again.

And yet the threat could still be closer to home. Despite Jaakko believing he and his wife were perfectly happy, she seems to work hard to exclude him from the latest harvest operation. From all that Jaakko learns in such a short space of time following his diagnosis, understandably all of her actions seem suspect. I love the way in which Tuomainen explores the dynamic between the two. The sly confidence of Taina followed by the shock when Jaakko seems to publicly derail her plans. The patient way in which Jaakko acts as though nothing out of the ordinary is happening, in spite of his rapidly declining health.

Told from Jaakko’s point of view, you get to experience all of his highs, his lows, his fears and his occasional paranoia. And yet all of it comes with a sense of acceptance. This is his fate. All he can do is find out who has condemned him and exact his own kind of revenge. What happens to him along the way is a delightful combination of intrigue, humour – both the dry and darkly raucous kind – and a kind of ticking clock mystery that comes with only one possible conclusion. It is not so much a case of can Jaakko change his fate; that is sadly irreversible. This is a question of whether he simply has enough time to find the truth.

Tuomainen takes both Jaakko and the reader on one heck of a ride. I started and finished this book in one evening. I simply didn’t want to put it down. And the ending… Well, let’s just say there are one or two chapters towards the end of the book you may not wish to read over dinner. Did the conclusion satisfy? You know what – it absolutely did. It wasn’t what I was expecting, not in the slightest, but it worked perfectly. It fit the setting, the characters, the overall tone of the book, to a tee. The writing is as assured as always, and just because this isn’t a hard core thriller, it doesn’t mean that it won’t still capture the spirit of the culture and the occasional harshness of the landscape and environment in which it’s set. It absolutely does. Just with an often warm, somewhat dry, comedic twist.

The blurb mentions this being a nod to Fargo and I can totally get that. Watching Jaakko with his wife and his colleagues at a board meeting is much like watching the Gundersons over dinner, and Jaakko is certainly more than a match for the hapless Lundegaard in the ‘watching everything go wrong’ stakes. If you liked that film, you will most certainly like The Man Who Died. It had me smiling from start to finish. And I have to give a big nod of acknowledgment to translator David Hackston who has done a stunning job here as always.

Absorbing, delightfully witty and with just the right balance of mystery and suspense. And mushrooms. Gotta love the fungi. Always good. One of my favourite books this year for sure. I’ve even made the ultimate sacrifice and treated myself to some chocolate mushrooms (non-poisonous) in honour of this fabulous book 😉

And you know what else? I loved this book so much that I’m going to have to give it one of these too…

Do yourselves a favour folks, and go and get yourself a copy of this book. If you’ve ever been in doubt about reading books in translation, then this one will wipe them all away with a big fat dose of the chuckles to boot. An absolute must read. The Man Who Died is available from 10th October from the following retailers:

Finnish Antti Tuomainen (b. 1971) was an award-winning copywriter when he made his literary debut in 2007 as a suspense author. The critically acclaimed My Brother’s Keeper was published two years later.

In 2011 Tuomainen’s third novel, The Healer, was awarded the Clue Award for ‘Best Finnish Crime Novel of 2011’ and was shortlisted for the Glass Key Award. The Finnish press labelled The Healer – the story of a writer desperately searching for his missing wife in a post-apocalyptic Helsinki – ‘unputdownable’. Two years later in 2013 they crowned Tuomainen ‘The King of Helsinki Noir’ when Dark as My Heart was published.

The Mine, published in 2016, was an international bestseller. All of his books have been optioned for TV/film. With his piercing and evocative style, Tuomainen is one of the first to challenge the Scandinavian crime genre formula, and The Man Who Died sees him at his literary best.

Make sure to check out some of the other brilliant blogs taking part in this tour. 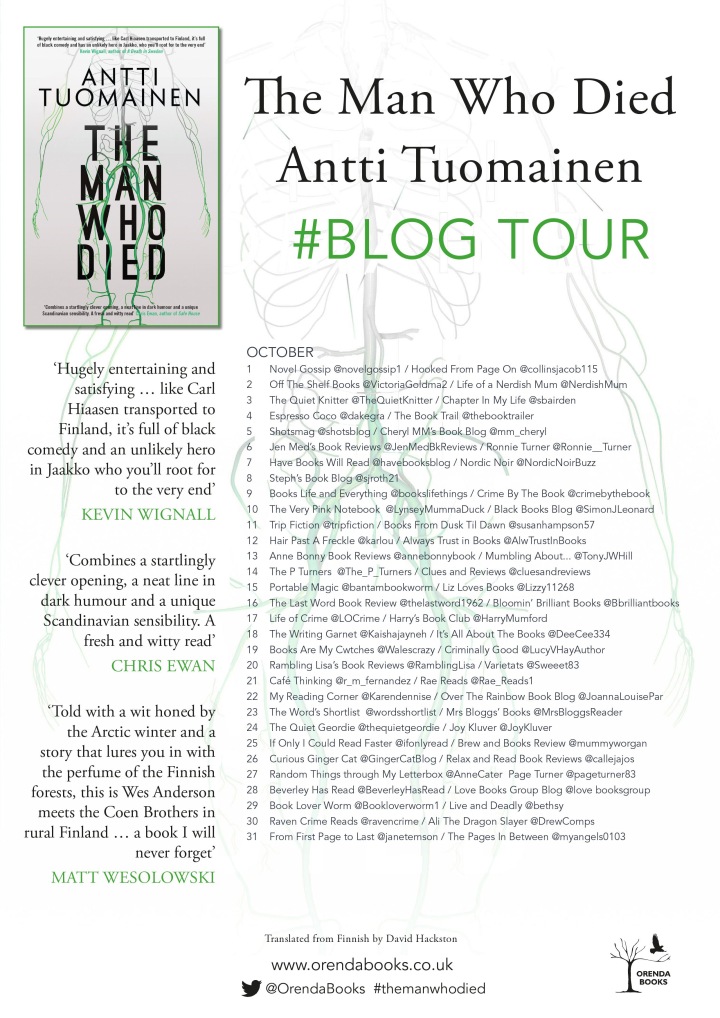 9 thoughts on “#BlogTour: The Man Who Died by Antti Tuomainen @antti_tuomainen @OrendaBooks”