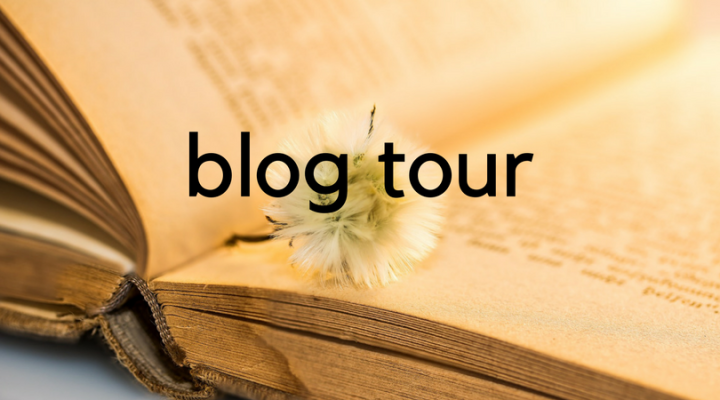 Today it is my absolute pleasure to be taking part in the blog tour for the new release from Louise Jensen, The Surrogate. I’ve been a fan of Louise’s work since book one so was delighted when Kim Nash invited me to be a part of the tour. I’ll be sharing my thoughts on the book with you in a moment, as soon as we’ve taken a look at what the book is all about. 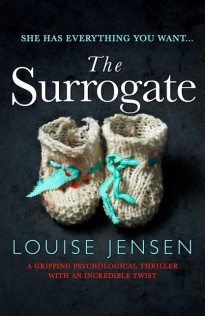 ‘You know that feeling? When you want something so badly, you almost feel you’d kill for it?’

Be careful what you wish for…

Kat and her husband Nick have tried everything to become parents, and are on the point of giving up. Then a chance encounter with Kat’s childhood friend Lisa gives Kat and Nick one last chance to achieve their dream.

And there is more to Lisa than meets the eye.

As dangerous cracks start to appear in Kat’s perfect picture of happily-ever-after, she realises that she must face her fear of the past to save her family…

From the no. 1 bestselling author of The Sister and The Gift, this is an unputdownable psychological thriller which asks how far we will go to create our perfect family.

Oh my. What a book. As soon as I started reading this book I was suckered in and it was only grudgingly that I walked away to do normal ‘life’ tasks. You know those stupid things like eating, sleeping, going to work, that always seem to get in the way of a darned good read.

Kat White and her husband Nick have the seemingly perfect life. He is running a booming property business and she works for the stroke charity which Nick set up in honour of his best friend Richard’s grandmother. Kat didn’t want for anything. Anything other than their own child, something that Kat is unable to attain. When Kat’s best friend from her childhood, Lisa, reappears in her life, she offers Kat the chance of a lifetime – to act as a surrogate for Kat and Nick. But the offer comes with its own problems, least of which are the legal ramifications of acting as a surrogate in the UK. Because Kat has a secret and knows deep down that Lisa has every reason to hate her once best friend.

Twisted, and with more than a little menace, this book really did make me think and had me second guessing nearly everyone and everything that happened. It is very clear from the off that Kat has a secret, one which is potentially very dark or at the very least very murky, one which drove her and her friend Lisa apart many years before, and one which has kept her away from her former life. It was very cleverly hidden and slowly revealed to the reader, and while I could and did guess the what, I could never have guessed the how and why. There are sequences of flashback and references to traumatic events in Kat’s past which allude to some of the reasons for her fears and paranoia, but nothing prepared me for the truth of what occurred, something which is unthinkable and so startlingly revealed that it really was a sit back in the seat and go wow moment. Hats off to Ms Jensen for that one.

Now because of the clear secrets being kept by our central protagonist Kat, this really is a case of being faced with an unreliable narrator. This works really well in this book, building the creeping sense of paranoia which permeates throughout the story. You are never once sure of Lisa’s motives in acting as surrogat, but then it is hard to tell how much of your doubt is because we are privy to only a part of what s running through Kat’s mind. The lines are really blurred between fact and fiction and the more you learn, the harder it is to know who to believe. Is Kat paranoid, or does is she right to be on edge? Discoveries made throughout the book, as we finally learn what happened to Kat’s first love Jake all those years ago, serve to inform the story but also distract. But is what we learn a red herring, the key to Kat’s current misfortune, or just another tragic event that occurred during Kat’s life? Well… readthe book and you’ll find out.

This was a strangely engrossing read in as much as I didn’t truly trust anyone in the story. Even Kat’s husband was hiding something but you couldn’t be quite sure what. Was he agreeing to the surrogacy to humour his wife even though he really didn’t want kids, or was something far more sinister at play? His friend Richard was a disagreeable guy who clearly didn’t approve of Kat but nothing was initially clear as to why. It is only as the story builds that you come to comprehend his reasoning.

Kat was nervous, paranoid, secretive, but so very obsessed with having a child that she was willing to trust blindly. As naive as she appeared to be, the more I learned about her, the more I understood the obsession with being a mother and the more I sympathised with her plight. When she starts receiving secret notes which point a finger towards her past, when she knows the house has been broken into even though there is no outright evidence, even when she finds a very threatening and ominous gift left on her doorstep – well anyone would be forgiven for being afraid. And the more she is faced with her fears, the easier it is to reach the understanding that someone wants to hurt her, but who and why?

And then Lisa. Wow. From the minute she reappeared in Kat’s life she began to take over. She appeared to be overbearing and yet at times secretive and reticent. She dominated and then she disappeared. How genuine she actually was, was so hard to gauge, barbed or loaded comments often dropped into conversation which heightened the distrust I felt towards her. And yet… Wow. Yep – you need to read the book to understand but believe me the discovery Kat makes will leave you reeling. It certainly did me. Didn’t see that coming at all, I was so blindsided by everything else that was going on. Brilliant.

And that ending. Oh my. At what point does fixation become obsession and obsession become criminal? Well… You can certainly understand how people can be pushed to their limits, and how far people are prepared to go in the name of love, but is justice served? I can’t quite say. I can also see that the final chapter may irritate some and yet intrigue and satisfy others. The central story is concluded, the ending of this in no way ambiguous but that last paragraph. Arghhhh. I wish I could say more. Perhaps when you’ve read the book we can have a chat about it?

Ominous, threatening, secretive and totally twisted, with an ending which will shock and yet also satisfy. This is a story of the power of love. A story of friendship, of family and of sacrifice. It is also one which makes you appreciate honesty and the need for foregiveness. And one hell of a cracking tale. Highly recommended.

The Surrogate is available to purchase now from the folllowing retailers:

Louise Jensen always wanted to be Enid Blyton when she grew up, and when that didn’t happen she got a ‘proper’ job instead.

Several years ago an accident left Louise with a disability and she began writing once again, to distract her from her pain and compromised mobility. But writing turned out to be more than just a good distraction. Louise loves creating exciting worlds, dark characters, and twisted plots.

Louise lives in Northamptonshire with her husband, sons, a dog and a rather naughty cat, and also teaches mindfulness.

Make sure to check out some of the other brilliant blogs taking part in the tour. 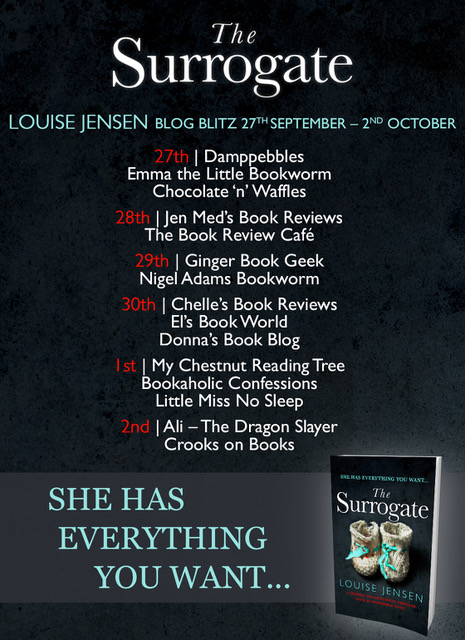 One thought on “#BlogTour: The Surrogate by Louise Jensen @Fab_fiction @Bookouture”