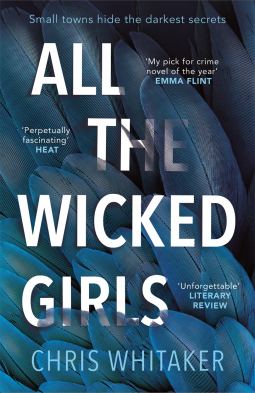 First things first. A bit of blog-housekeeping. Happy publication day to Chris Whitaker as today marks the book birthday of his second novel, All The Wicked Girls.

Just how excited was I to read this book then? Well as Chris Whitaker’s debut novel Tall Oaks was my book of the year for 2016, and his brilliant creation Manny one of my favourite characters of all time, I’d say very. Super, very, muchly in fact. No pressure there then … The question is, did Mr Whitaker manage to capture my imagination in quite the same way with book two. And I’ll give you the answer in just a few moments, as soon as I’ve told you what the heck this book is all about. 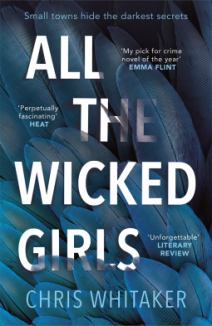 ‘Raine sometimes complains that nothing exciting is ever gonna happen in Grace again. Daddy told her careful what you wish for.’

Everyone loves Summer Ryan. A model student and musical prodigy, she’s a ray of light in the struggling small town of Grace, Alabama – especially compared to her troubled sister, Raine. Then Summer goes missing.

Grace is already simmering, and with this new tragedy the police have their hands full keeping the peace. Only Raine throws herself into the search, supported by a most unlikely ally.

But perhaps there was always more to Summer than met the eye . . .

For fans of The Roanoke Girls and Fargo, All the Wicked Girls is a gripping crime novel with a huge heart from an exceptional talent.

Right with that out of the way, now onto the serious task of writing the review. I could, in all honestly, sum this book up, or at least my feelings towards it, in just two words. Absolutely brilliant. But after all this build up I should probably go into a little more detail and at least tell you why.

I am not going to go into too much detail about the plot, the blurb really does say everything you need to know. A young girl, Summer Ryan, has gone missing, and the whole community of the small town of Grace is out searching for her. The area has already been rocked by scandal in recent times and as a result the search for Summer has an almost frantic edge, especially for her sister, Raine. Raine is the wild child, the girl who should have been caught up in the mystery, the one who would have been most expected to run away, and yet it is the angelic Summer who has gone. But as to why … Well you will have to read the book yourselves to find out.

What I love most about Chris Whitaker’s writing is the way in which he is able to capture and evoke such a sense of the small town community. The tight knit family circles. The suspicion. The fear. The overwhelming reliance upon faith to guide them, especially in times of trouble. He managed this so skilfully in Tall Oaks and though it hardly seems possible, I think he’s taken it up another notch in this book. Many of the characters bow to an expected stereotype and yet none seem forced or caricatures of themselves. They feel real, their emotions and actions believable, and the small town of Grace really does feel as though it lives and breathes through every page.

We have a wide cast of characters in the book, all so beautifully crafted, eliciting all manner of emotions, from revulsion to fear to pity, as we are introduced to them and their true nature is uncovered. From the police investigating Summer’s disappearance, to the family and friends she interacted with on a regular basis, there really are some who stand out above and beyond all of the rest.

First up we have Noah and his best friend Purv. Although not memorable on a Manny level, there was just something about Noah I couldn’t help but like. He is like Manny’s more innocent little cousin. Engaging without cockiness, his life has not been without trials. Gaining work experience at the police station over the summer break, he dreams of joining up, just like his old man and is determined to help in the search for Summer, despite everything he has going on in his own life. His friendship with Purv is really touching. Taking strength from each other, theirs is a bond like brotherhood, both jovial and serious at once and at times really tugs at the heart strings. There is one scene near the end which could make even the hardest heart break … So moving.

Next we have Raine. So hard and determined to find Summer, the other, better half of her. She is feisty and gutsy, more like her father and uncle in her persona than her studious and talented sister, Summer. You get a true sense of the closeness of the two girls as the story progresses, but also in how they have drifted in two different directions, becoming two completely separate halves of something which was once whole. Raine has her secrets, her reason for feeling guilt over Summer’s disappearance and for needing to find her sister, but as to what this is, you have to wait to find out. Did I like her? It’s hard to say. But I understood her to an extent and was happy to trave the long road with her.

And finally we have Summer. Although the story is about her disappearance, interspersed amongst the main narrative, are chapters which are told from Summer’s point of view. The more we read, the more we learn about her character. She is young and gifted; a talented musician and devoted to the church and her faith in ways her sister Raine had never been. Like all teenagers she falls victim to the typical complexities of life, and she struggles in the same way as many others have before her. She and Raine are more alike than they realise but her innocence is clear which makes the conclusion to her story perhaps all the more shocking.

There are serious themes touched upon within the story, none in a graphic or sensationlised way, and while you may think you know just why certain passages are included, I would wager that you really don’t. Because, you see, Mr Whitaker has created a story which is at its heart both simplistic and complex. He has once again taken a series of individually haunting tales, or threads, and woven them together like a beautifully crafted tapestry, infusing t with dark, almost fragile humour, and creating yet another stunning story which is simply impossible to put down.

Did I mention I loved it? Just checking.

So it goes without saying (but I will in any case) that this book absolutely has to have one of my Red Hot Reads badges because it is absofluffinglutely superb. 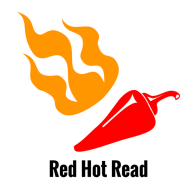 My thanks to publishers Bonnier Zaffre/Twenty 7 for the advance copy of All The Wicked Girls for review. It is available to purchase now from the following retailers so I recommend that you high tail it out of here and bag yourself a copy. Right now.

6 thoughts on “Review: All The Wicked Girls by Chris Whitaker @WhittyAuthor @BonnierZaffre”