Today I’m delighted to welcome Dr and Author, Carol Cooper to Jen Med’s to help spread a little more #booklove. We’ll find out all about Carol’s favourite reads as soon as we’ve found out a little more about the woman herself.

Carol Cooper is a doctor, journalist, and author.  Following a string of popular child health titles and an award-winning medical textbook, she turned to fiction with her acclaimed debut novel One Night at the Jacaranda.  Her latest novel Hampstead Fever has been picked by WH Smith for a high profile promotion in their travel bookstores.

One Night at the Jacaranda

One man dying of cancer. One struggling journalist. A group of single Londoners. One night that changes everything…

The trouble with speed dating is that three minutes can last a lifetime, and ever since he was diagnosed, Sanjay doesn’t have a lifetime to waste.

For one booze and hope-fuelled night, the lives of a group of 30-somethings criss-cross. As well as Sanjay, lawyer Laure, divorced doctor Geoff, beleaguered mother-of-four Karen and traumatised ex-con Dan all face each other across the Jacaranda’s tables in their quest for love, solace or amazing sex.

Undercover journalist Harriet is after a by-line, not a boyfriend. She’s a struggling freelance with a live-in lover, who unexpectedly has to choose between the comfortable life she knows and a bumpy road that could lead to happiness.

IN A LONDON HEATWAVE, EMOTIONS REACH BOILING POINT…
Ex-con Dan has it all. The perfect job and a new baby with his dream woman. So why is he still an outsider?

After surviving serious illness, Sanjay’s got his life back. Now he wants adventure. Where does that leave girlfriend Harriet?

Karen’s love life is reduced to casual sex with the football coach. As a divorcee with four kids, romance is on her to-do list, just below the laundry.

Doctor Geoff’s relationship with actress Daisy is bound to be a bit dramatic. But why all the mystery?

A slice of contemporary multi-cultural London life to make you laugh, cry, and nod in recognition. 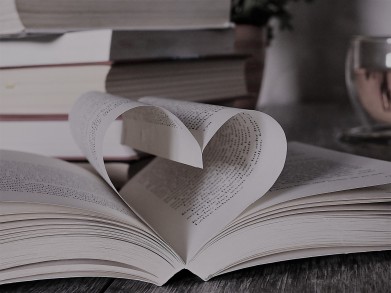 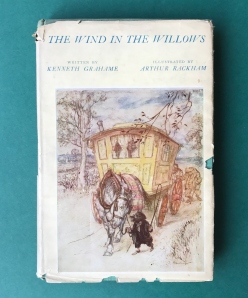 First love
The first book you fell in love with

English Fables and Fairy Stories, by James Reeves. It had 19 wonderful stories, including Dick Whittington which always made my cry. My love for the book was possessive and intense, and ultimately destructive, though I didn’t mean it to me. I coloured in the black and white illustrations in that beautiful hardback, ruining many of them.

Until recently, it was Mr Darcy. But now it’s Bob, from A Streetcat Named Bob.

Ashley Wilkes. He wasn’t the most obvious heartthrob from Gone with the Wind, but he was gentle and gentlemanly, so perhaps it’s not the weirdest crush. A complicated character, he loved the South, but not the Confederates, and he was educated and principled, but also weak and indecisive. I always wanted Scarlett to end up with him.

Hardest break up
The book you didn’t want to end

Funeral for an Owl by Jane Davis. It’s the extraordinarily sensitive story of a 14-year old from South London who’s escaping gang violence as well as a home where nobody cares about him. The two teachers who try to help him end up struggling with right and wrong, and with their own weaknesses. The dialogue and local atmosphere are spot on too.

The one that got away
The book in your TBR or wish list that you regret not having started yet.

Girl on the Train. That one left the station without me. 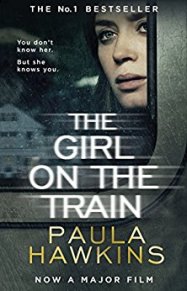 It’s probably Dan Brown. That’s my story and I’m sticking to it. Although, if you’re very observant, you may catch me re-reading the occasional Enid Blyton title. With their childhood innocence and lashings of ginger beer, her books are semolina for the soul.

Love one, love them all
Favourite series or genre

All of Dick Francis’s books, though my favourite is For Kicks. I don’t especially like racing or even horses, but I love his characters and the breakneck pace of his novels.

Your latest squeeze
Favourite read of the last 12 months

The Green Ribbons by Clare Flynn. The story starts in 1900 when Hepzibah loses her parents in a tragic accident and, aged only 18, she has to make her way in a hostile and chauvinist world.

Blind date for a friend
If you were to set a friend up with a blind date (book) which one would it be?

The Yacoubian Building, by Alaa al-Aswany. Set in Cairo, it has a wonderful cast of characters, each with their own story and their own dilemmas, so the book has something for everyone. Those who don’t know Egypt will be entranced by the setting, while those who are more familiar with the country will smile and nod in recognition.

Greatest love of all
Favourite book of all time.

No contest. It’s Cocktails and Camels, by Jacqueline Carol. This is the fictionalised memoir of a young woman growing up in Alexandria, Egypt, around the time of World War Two and beyond, when the city was very cosmopolitan. It’s also the funniest book I’ve ever read, and not just because the author was my mother. Sadly it is now out of print.

Thanks Carol. Some really great looking choices in there. I’m really keen to read A Streetcat Named Bob if I ever find a spare moment. And another vote for Dan Brown. I really do have to read one of those books and see why everyone lists him as a guilty pleasure. Seems fairly controversial 😉

What do you all think? Any of these books make your personal book love list? Let me know in the comments and be sure to stop by again on Saturday as I have the lovel Lorraine from The Book Review Cafe spilling her book love confessions.

Have a fab day all