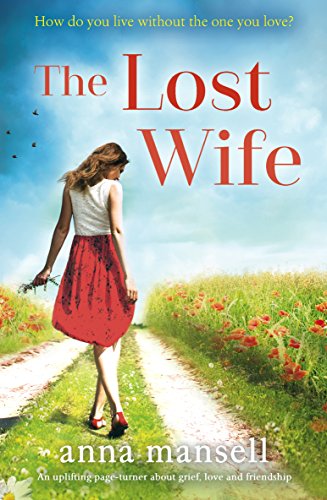 Today it’s my great pleasure to be taking part in the blog tour for The Lost Wife by Anna Mansell. Thanks to Noelle Holten and publishers Bookouture for inviting me to be a part of the tour. I’ll be sharing my thoughts on the book with you in just a moment, but first of all, here is what the book is about. 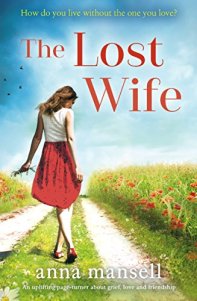 When Ellie Moran passes away, she leaves her newborn son and husband Ed behind her. Their marriage was perfect, their lives everything they had hoped for. So why was Ellie keeping secrets from Ed?

Knowing he can never ask his wife the truth, Ed is struggling to cope. When the secrets threaten to tear his whole family apart, Ed turns to Rachel, the one person who sees him as more than just Ellie’s widower.

But then Rachel discovers something Ellie was hiding, something that would break Ed’s heart. Can Rachel help Ed to find peace without the wife he lost – and a second chance at happiness?

What do you do when you feel as though you have lost everything? Your wife, your future, your relationship with your baby brother? This is the prospect facing Ed Moran when his wife is killed in a road traffic collision. The ramifications of the collision are far reaching and secrets which can now never be told threaten to tear Ed’s life apart. So when he is offered friendship by Nursery worker, Rachel, he may not want to have to rely upon her, but the truth is that he needs someone.

Feeling a kinship over a shared sense of loss, Rachel grows closer than she ought to Ed and his young son. Rachel’s strong need to help Ed, to protect the love he felt for his wife Ellie, leads her to making a terrible mistake, one which if Ed discovered, he may never be able to forgive.

The Lost Wife is a beautifully poignant tale examining the effects of tragic loss upon a young family, and the impact that suspicion can have upon even seemingly strong relationships. Ed Moran is a man very much in turmoil, his whole life turned upside down by his wife’s unexpected death. He has questions to which no one seems willing or able to provide answers. The only person who can is so lost in their own grief and guilt that they are no use to him and those who are willing to speak have only bad things to say. People around him struggle to know how to approach his grief and so it is little wonder that he turns to Rachel so easily, the one person who doesn’t try to assume they know how he must be feeling.

I kind of liked Ed. He seemed so devoted to his wife and his son, Oli, that the discoveries he makes are heart wrenching and potentially life changing. Anna Mansell has done such a good job of capturing his grief on the page that you can almost feel the tears building within yourself as you read. I won’t deny there were times that I wanted to scream at him to snap out of it, I’m impatient like that, but his actions and feelings rang true to his character as did his decisions to put his son first, above all else. He doesn’t have a close relationship with his mother, she is far too cold and reserved, failing to cope well with the situation they find themselves in. Losing the bond with his brother on top of everything else nearly breaks him, and this is where he needs support. This is where he needs Rachel.

In Rachel we have a truly engaging character. She is at a crossroad in her life when she meets Ed, uncertain of what path she wishes to take and his grief provides her with a reason to delay choosing. Some of the scenes in which Rachel features are light hearted and add a touch of humour to the story, particularly scenes with her best friend and roommate, Mo. Their’s is a brilliant friendship, and cleverly constructed to add a touch of light to the story. They are typical of two young women living the single life, even if that is soon to change for one of them. Mo is self assured and very much set in a successful career. Rachel is the polar opposite; uncertain, indecisive, unable to move on fully form the past and unwilling to make a decision about her future. Together they are great fun and compliment each other perfectly.

Now nothing in the book is plain sailing. There are so many hidden secrets and elements of misdirection, or at least misinformation, which lead our protagonists down a very rocky path. Rachel’s error pushes them apart, breaking a bond which was only just starting to form. And yet fate often determines that nothing is forever. When, years later, they meet again, their lives have both changed so much. But perhaps the passing of time brings a touch of clarity to things too, especially for Ed.

The book will make you smile. It will make your heart break at times. But most of all it will give you a feeling of hope. Because this is a story of second chances. For family, for friendship and perhaps for love. There is no absolute happy ending here, no skipping off into the sunset, but then maybe, in this case, the mere promise of what could be is more than enough.

My thanks to publishers Bookouture for the advance copy of The Lost Wife for review. It is available now from the following retailers. 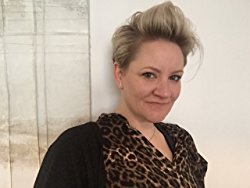 Anna had a brush with ‘fame’ as a magician’s assistant back in 1977. She later decided that being sawn in half by her father, at barely 6 months old, was too submissive a role, vowing to channel the trauma in to something much more pro-actively creative. Having failed at acting, singing and professional murder mystery parties (she was ALWAYs the one to die!), she fell to something much more solitary: writing. How To Mend a Broken Heart is her first novel and her life was not on the line in order to write it, or her second: The Lost Wife. Anna lives on a dairy farm in Cornwall with her two children, her husband, and her ex-racing greyhound, Olive Dog.

You can follow the author on the following sites: 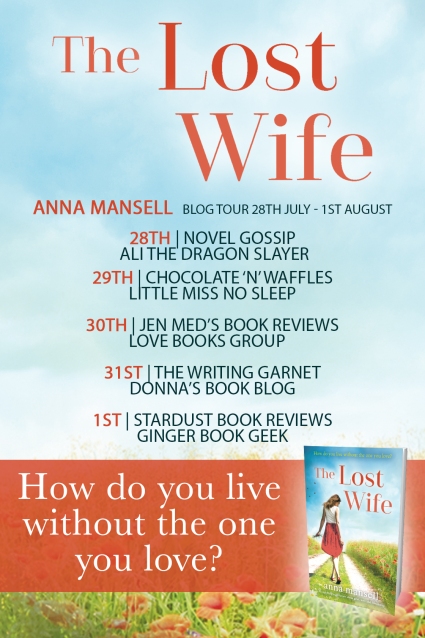 One thought on “#Blogtour Review: The Lost Wife by Anna Mansell @AnnaMansell @Bookouture”