A massive happy publication day to author LJ Ross whose new DCI Ryan mystery, Cragside, makes its way into the world today. Now I won’t lie. I was a little bit excited about the publication of this book, and not only because I have thoroughly enjoyed this series and couldn’t wait to see what was happening to the team after the very tense ending of High Force. But more on that later. First off, here is what this book is all about.

Are you afraid of the dark..?

After his climactic battle with notorious serial killer The Hacker, DCI Ryan is spending the summer with his fiancée within the grounds of Cragside, a spectacular Bavarian-style mansion surrounded by acres of woodland. When they are invited to attend the staff summer party – a Victorian murder mystery evening – it’s all a joke until the lights go out and an elderly man is found dead. It looks like an unfortunate accident but, as the dead man’s life begins to unfold, Ryan and his team of detectives realise that all is not as it appears.

When a second body is found, terror grips the close-knit community and Ryan must uncover the killer who walks among them, before they strike again…

Murder and mystery are peppered with romance and humour in this fast-paced crime whodunit set amidst the spectacular Northumbrian landscape.

If you read this book’s predecessor, High Force, then you will know that DCI Ryan and his team are long overdue a little bit of a break when it comes to the cases they are caught up in. If you haven’t read it then do not worry, I am not going to let you in on any spoilers, but suffice to say that the tension was high, the threat severe and the action so hearth thumpingly fast that you will be caught somewhere between an absolute desire to read the next instalment immediately and the real need for a moment to catch your breath.

Well, for those of us who read High Force some time ago, we’ve had plenty of time to recover and by golly were we ready for Cragside. Was it worth the wait, the anticipation? By heck yes. Of course it was.

Cragside is a very clear change in pace from the last book. It is far from being a cosy mystery, don’t worry about that, but compared to the menace and threat we seen before, the tranquility of the setting, a remote and beautiful old estate in the Northumbrian countryside, and even the characters which Ryan and the team come across, couldn’t be more different. Switching from serial killers to landscape gardeners and from gangland kingpins to estate managers, you’d be forgiven for thinking you’d wandered into a Miss Marple mystery rather than a DCI Ryan case. Even the suspicious death which occurs whilst Ryan and Anna are attending the Cragside Estate’s staff party seems nothing more than an unfortunate accident. But if everything was that simple this wouldn’t be much of a mystery now would it? Fear not. From the very opening chapter, you know that there is something slightly off kilter about this story and as the action moves on, more and more secrets start to come to the fore and the intrigue grows ever stronger.

But enough about that. If you want to know more about the novel then you’re going to have to read it. And trust me. You really want to. This book gives more than just a mystery to solve, it provides more insight into the character’s lives and how they have coped since the tragic ending of High Force. We meet up with them as Anna and Ryan are on the cusp of taking their wedding vows, and as Phillips and Denise are trying hard to find their rhythm again. Denise in particular has a huge mountain to climb and I love the way in which LJ Ross has depicted the tender relationship between her and Phillips. It really is a beautiful thing and enough to soften even the hardest heart. I think that any fans of the series will be more than happy at how things evolve throughout the story. There is even the makings of a new ‘special friendship’ as Lowerson takes new team member Yates under his wing.

What I really do love about these books is the way in which the author uses setting almost as a character and to dictate both pace and tone. The grand old house in which this book is set adds a different dimension to the investigation, its peculiarities adding both tension and drama to the story in the most natural of ways. Don’t be fooled by my earlier comment about Miss Marple. There is tension and threat aplenty in this book, enough to keep you on the edge of your seat, and misdirection galore with so many of the characters who could easily be guilty. But guilty of what? That is what you have to work out. The eagle eyed may perhaps guess what but I am certain that you will not necessarily understand who until Ryan slaps you in the face with the evidence.

Now I have my own reasons for loving this book, and reading it really did make me smile. While on one hand it looks as though Ryan’s life is finally coming together – his friends are safe and well and he is about to marry the love of his life – LJ Ross has quite skilfully thrown a little curve ball. Straight-at-his-head. It is a twist which I feel may well threaten Ryan’s new life, maybe more. The final chapter will certainly make you sit up straight and curse the fact that you now have to wait another few months to see what happens. Quite what this twist is and why the book made me chuckle at times… Well – go and buy the book, read it, then come back and we can hypothesise about what the ending meant together. Go on. You know you want to.

My thanks to author LJ Ross for the advance copy of Cragside for review, and for truly making me smile. You know why. Cragside is released today, 10th July, and is available to purchase from the following retailers: 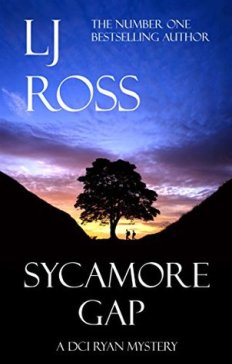 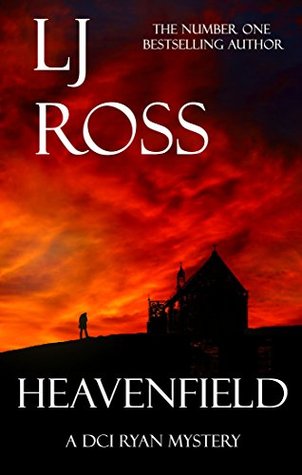 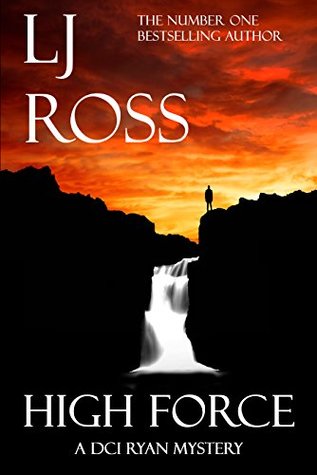