This has been me this week. No nature. No nice views. Just typing my little (well rather large actually) butt off catching up after two weeks off work. Still. It could be worse.

I wish that I had something really funny and insightful to share with you all but in reality I seriously have just been working. Well that and trying to put off starting a diet which I really must get to but that’s another matter entirely. I think to be fair I used up all my ‘funny’ for the week when I got inspired by boredom in the dying minutes of work on Wednesday and wrote Once upon a time – The Girl Called Jen, which you can read here. I don’t know whether to be chuffed or offended that this has become my second most viewed post of all time :D. Clearly my reviews are not that well loved but in spite of threatening retirement on Thursday, you do not get rid of me that easily. Mainly because I am booked up on the blog until September now so I can’t retire before then anyway…

So. Nothing exciting happened. No book post. None at all. I did receive an ARC towards the end of the week for a book I am reviewing in August but I’ll post more about that closer to the time.

That was it. I’m unloved.

I’ll get over it. I’ve got too many books anyway.

Did purchase a couple from Amazon as well as receive some pre-orders I was waiting on. First up was the new Fiona Griffiths novel from Harry Bingham, The Deepest Grave. Next up was a pre-order, Five, by J.A. Huss, the long awaited spin off from her Rook and Ronin series. Five was a precocious little git of a kid but everyone loved him so this one will be a massive hit for fans of the series no doubt. Finally I did a cheeky pre-order of the next Carol Wyer – Robyn Carter book, The Missing Girls. Three books. Not too bad. For me,

ARC wise I didn’t entirely resist NetGalley, but it was only two and in my defence I needed to read one for a blog tour so it was an essential download. This week I picked up 99 Red Balloons by Elisabeth Carpenter and Watching You by Stephen Edger. 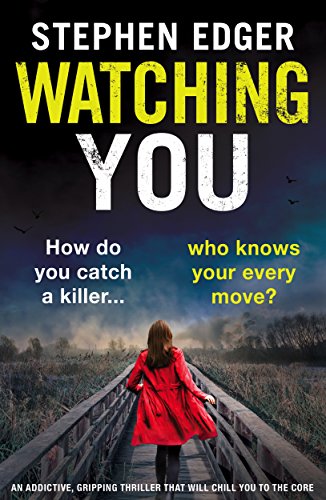 Reading wise, I was semi-productive with four books. I’m halfway through an audio book which I want to try and finish this week too but given the heat, how tired I’ve been (battling man-flu as well don’t ya know) and the wonders of work responsibilities, I’ll take that. Luckily they were three good ones too so it’s all good. 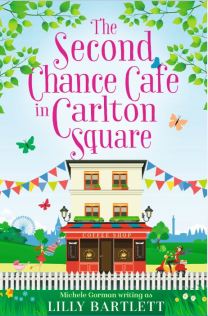 The Second Chance Cafe In Carlton Square by Lilly Bartlett

Everyone expects great things from Emma Billings, but when her future gets derailed by an unexpected turn of events, she realizes that getting back on track means traveling in a different direction.

She finds that new path in the closed-down pub on Carlton Square. Summoning every ounce of ingenuity, and with the help of her friends and family, she opens the Second Chance Café. The charity training business is meant to keep vulnerable kids off the streets and (hopefully) away from the Metropolitan Police, and her new employees are full of ideas, enthusiasm … and trouble. They’ll need as much TLC as the customers they’re serving.

This ragtag group of chancers have to make a go of a business they know nothing about, and they do get some expert help from an Italian who’s in love with the espresso machine and a professional sandwich whisperer who reads auras, but not everyone is happy to see the café open. Their milk keeps disappearing and someone is canceling the cake orders, but it’s when someone commits bloomicide on all their window boxes that Emma realizes things are serious. Can the café survive when NIMBY neighbors and the rival café owner join forces to close them down? Or will Emma’s dreams fall as flat as the cakes they’re serving?

Now the eagle eyed amongst you might spot that I read the first book in this series, The Big Little Wedding In Carlton Square just last week. I have thoroughly enjoyed reading both of these books and can highly recommend them to lovers of a good old fashioned rom-com read. I’ll be sharing my thoughts with you on Thursday as a part of the blog tour alongside none other than Christie Barlow. Exciting times. In the meantime you can order a copy of the book here. 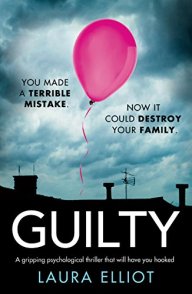 It begins with a phone call. It ends with a missing child.

A few days later, Constance’s uncle, Karl Lawson, suddenly finds himself swept up in a media frenzy created by journalist Amanda Bowe implying that he is the prime suspect.

Karl’s life is in ruins. His marriage is over, his family destroyed. But the woman who took everything away from him is thriving. With a successful career, husband and a gorgeous baby boy, Amanda’s world is complete. Until the day she receives a phone call and in a heartbeat, she is plunged into every mother’s worst nightmare.

An utterly compelling psychological thriller that will keep you guessing to the very last page. Perfect for fans of The Girl on the Train, Gone Girl and Sarah A. Denzil’s Silent Child.

Really enjoyed this slow burning thriller which examines the toxic impact that the media supposition can have over an investigation and ultimately over an individual’s life. We’ve all seen it. Look at Cliff Richard – condemned by the BBC media coverage even though there was no case to answer. Powerfully compelling at times this is a case of family, loss, betrayal and revenge. My blog tour review can be found here and you can order a copy of the book here.

Calling Down The Storm by Peter Murphy

Calling Down the Storm is the story of two separate but strangely parallel lives: the life of a defendant on trial for murder, and the life of the judge who presides over his trial.

April 1971.When DI Webb and DS Raymond arrive at Harpur’s Mews in Bloomsbury in response to a 999 call, a horrific scene awaits them. Susan Lang is lying on the ground, bleeding to death. Her husband Henry is sitting nearby, holding a large, blood-stained knife. In shock, Henry claims to have no memory of the events that led to his wife’s death leaving his barrister, Ben Schroeder, little to defend a potential charge of murder.

Unknown to his strict Baptist wife Deborah who lives in the family home in Guildford, Mr Justice Conrad Rainer has a secret life in his London flat, a life as a high-stakes gambler. In his desperation for money to fund his gaming, he has already raided his own and Deborah’s resources, and now he has crossed another line – one from which there is no return.

To his horror, as the trial of Henry Lang starts, Conrad discovers a sinister connection between the trial and his gambling debts, a connection that could cause his world to unravel. And then, there’s the other terrible secret he is hiding in his flat. In a rare case in which the judge is in greater peril than the defendant on trial in his court, both Henry and Conrad have called down the storm on to their heads.

Their lives are on the line, and time is running out.

This is the fifth book in the Ben Schroeder series of books by Peter Murphy but the first one I have read. I didn’t feel at a disadvantage though, so much so that this actually felt like a fresh book not part of a series, so can easily be read as a standalone. Not your fast paced thriller, this is more a wonderful example of courtroom drama 1970’s UK style. With an interwoven back story relating to the trial judge this is an intriguing read in which I wondered just where the story might lead and whether justice would be served. My review will be out later this week as part of the blog tour but you can order a cipy of the book here.

Alice in Theatreland by Julia Roberts

It’s summer 1976; London is languishing in the sultry heat. Beautiful and talented nineteen-year-old, Alice Abbott, arrives in the city with high hopes of one day seeing her name up in lights but first she must impress Richard, the producer of a new West End show, Theatreland.

Alice is befriended at the audition by the more experienced Gina, who, although burdened by her own dark secrets, is determined to protect the newcomer from the sleaze behind the glamour. She also attracts attention from the male lead in the show, Peter, a former pop star struggling to escape his playboy reputation.

Alice’s star seems to be rising as fast as the temperature until she naively accepts an impromptu dinner invitation from Richard. What happened that night? And how far will Richard go to protect his guilty secret? Fabulously wicked people who are easy to loathe, counterbalanced with an endearing heroine and friends we’d all love to have as our own. An authentic seventies setting with not one but two twists at the end.

I’m on the blog tour for this one in a couple of weeks so I’ll be sharing my review with you all then. This book combines two of my greatest loves – books and the theatre. How could it possibly fail. Julia Robert’s perfectly captures the frustrations and perils of auditioning for a big West End show following the fortunes of Alice as she tries to realize her dream of making it as a dancer. I whizzed through this is one evening and loved it. It’s out on 27th June but you can pre order the book here.

So that’s it. Not the busiest of weeks reading wise although it was apparently over 1300 pages. I’ll take that seeing as how I spent most of the weekend dozing off and waking up with a stiff neck and fingerprint marks in my cheeks.

Blog wise, I’ve been a busy bee. Posts every day again (go me).

Once upon a time… The Girl Called Jen

#BlogTour: We Have Lost The Coffee by Paul Mathews

Blimey O’Reilly. I was busy… I honestly didn’t realise quite how much so. At the start of the week I only had a post a day scheduled! The changing times of a book blogger huh?

This coming week I have a mixture of #Booklove with author Pam Lecky and Amy Sullivan of Novelgossip. I also have blog tours lined up for Guilty by Laura Elliot today, The Second Chance Cafe in Carlton Square by Lilly Bartlett on Thursday and Calling Down The Storm by Peter Murphy on Friday. I also have a couple of reviews including one by my guest reviewer Mandie. 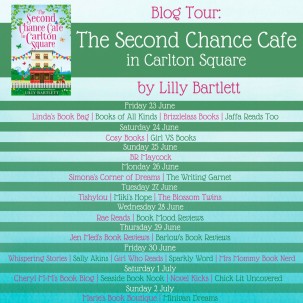 So that’s it. Have a wonderful week of bookish fun all and I’ll see you on the other side