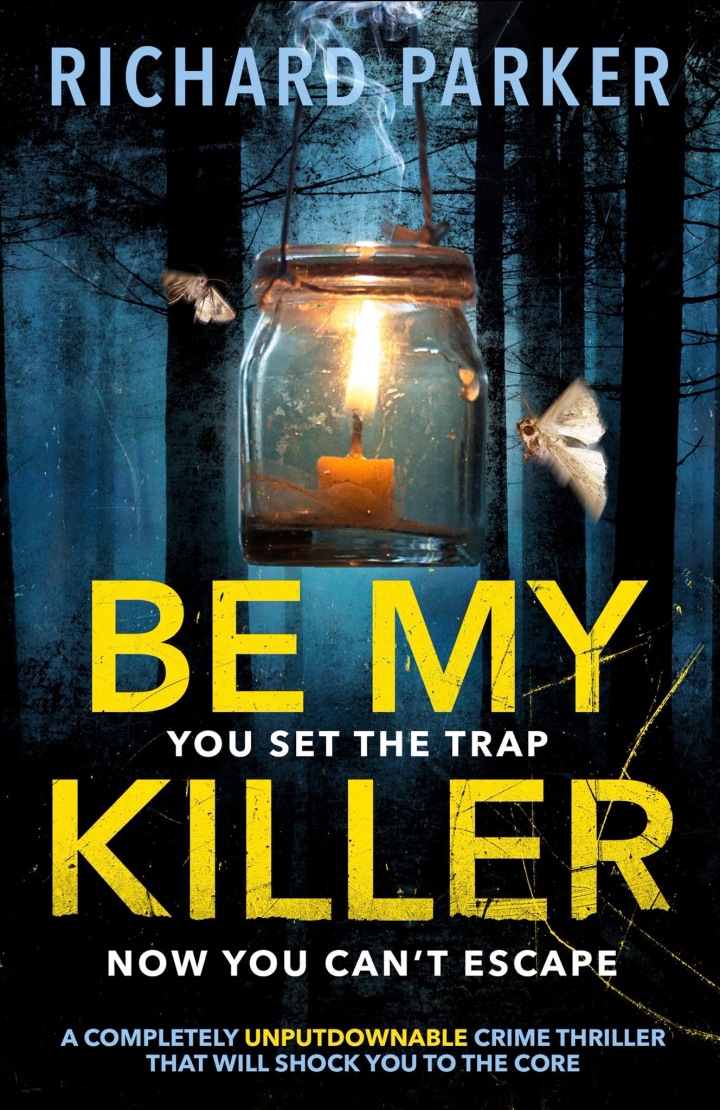 I am absolutely thrilled to be taking part in the blog tour for the new thriller by Richard Parker, Follow You. When Kim Nash asked me if I wanted to read this, I was all over it and believe me, once I started I was hooked. Now I’ll be sharing my review in a moment or two, but first here is what the book is about. 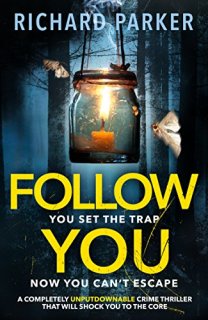 Her eyelids were the only parts of her body she could move. The figure spoke, then retreated into the gloom. She couldn’t accept what they’d said. How could she have brought this on herself?

When an online prank goes viral and triggers a spate of gruesome murders, documentary maker Hazel Salter watches in horror. But then a new victim is found, her body bound to a pillar, and its Hazel’s childhood friend, Meredith Hickman. Hazel must find out what happened to her.

Is it one killer or more? Random, or part of a bigger plan?

The police have no leads, but Hazel has a theory – one she’ll stop at nothing to prove. With her film crew in tow, Hazel sets off for the abandoned amusement park where Meredith was found, to solve the crime, bring Meredith justice, and make the documentary of her lifetime. But as Hazel interviews the victims’ families and friends, people start disappearing.

As the death toll rises, Hazel realises someone close-by is targeting her team methodically. Can she uncover the truth before another life is lost, or will the killer get to Hazel first?

Oh. My. Fluffing. Lord. From the very beginning this book grips hold of you and once it does it will not let you go. Richard Parker treats the reader to such a startling opening that you cannot help but stop, eyes opening wider and wider as you read each word and come to comprehend what is happening. This book is so dark, so twisted, and with a sense of foreboding and menace which grows and evolves with every single page turn… It’s so bloody brilliant that it made me smile. Absolutely, one hundred percent right up my street and no mistake. Loved it.

But how in the heck do I review it? I absolutely want to shout about every thing I loved in this book but to do that would give away too many spoilers. The murders… man. Remind me not to upset Mr Parker as he has a very twisted mind. Each one was unique. Tailored to the individual, quite literally, based on their hashtagged responses to a Twitter account in the name of ‘bemykiller’. And good god are they brutal. I have to be honest. This is probably the darkest book I have read that has been published under the Bookouture label but this is not a bad thing. While the murders are at varying points described very clearly, it is still not in a particularly graphic way. Don’t get me wrong – readers of a weak disposition will likely feel nauseated. There were times when even I grimaced and I’ve been addicted to horror and thrills of that ilk since I was three years old. It takes a lot to spook me. But they also made me smile. In a good way – not remotely psychopathic at all. Nope. Not me.

When I say they made me smile in a good way, it is because they surprised me. In much the same way that you always know in a horror movie that the guy or gal on their own was going to bite it, so will you understand what is going to happen to the characters in this book. What you won’t see coming is how. Oh and how indeed. There is one scene in particular in which I thought I knew what was going to happen. Thought it was going to be a little tired and obvious when bam… Holy crapamoly. Where in the heck did that come from? I was totally blindsided and grinning like the Cheshire Cat. Man, I wish I could say more but come see me when you’ve read it. We can compare notes.

Now all of the characters in this book are very well developed. I really liked Hazel and her team. They weren’t all perfect, some seeming very suspect in character or motive, but they were three dimensional. Believable. And with every last one of them I was invested in them, in their safety. Wondering what was going to happen to them. Admittedly more out of a grotesque interest in how they might meet their maker, but nonetheless I cared ;). Only kidding. This really was a team which grew on me and I was willing them to get away, worrying that it just wasn’t possible, knowing that every step they took could lead them into a trap. And as for the others taking part in the documentary – the relatives of the victims and the man behind the Twitter identity – they were a piece of work. There wasn’t a single one who had a redeeming quality. You can understand their anger, their grief but still…

And the ending… The killer… Jeepers Creepers. How in the fluff did you pull that off Mr Parker because pull it off you did. Totally another bam! In. Your. Face! moment and I loved it. So many red herrings, so many false suspects. Such fluffing good writing that you have got me hooked and you now have a fan for life.

Gah! I wish I could say more but you just need to read this for yourselves. If you are expecting warm and fluffy… Well, some of the characters managed to experience warm. And I suppose some came up against fluffy, after a fashion, but that’s as close as you’re going to get with this one. This book is creepy, it’s gory, it’s gruesome. It’s quite simply brilliant.

A massive in your face, this-is-why-I-don’t-follow-social-media-trends 5 stars from me. This book is totally in my #Bookvent countdown in 2017!

And you know what else? I think it goes without saying (but I will anyway) that I am going to give Mr Parker and Follow You one of my Red Hot Read awards. This totally deserves it. 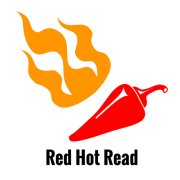 My thanks to publisher Bookouture for the advance copy of Follow You for review and to Kim Nash for inviting me to take part in the tour. The book is available to purchase now from the following retailers. 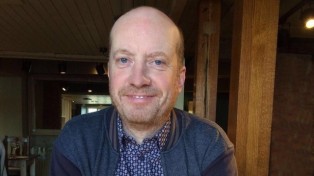 Parker is an ex TV script writer, script editor and producer who now writes dark, stand alone thrillers. His first novel, Stop Me, was nominated for a Dagger Award.  The movie rights to his second, Scare Me, have been bought by Hollywood studio Relativity Media with screenplay completed by Wentworth ‘PRISON BREAK’ Miller and his third, Stalk Me, rode high in the US and UK Amazon charts.

Be sure to check out one of the other brilliant blogs taking part in the tour. 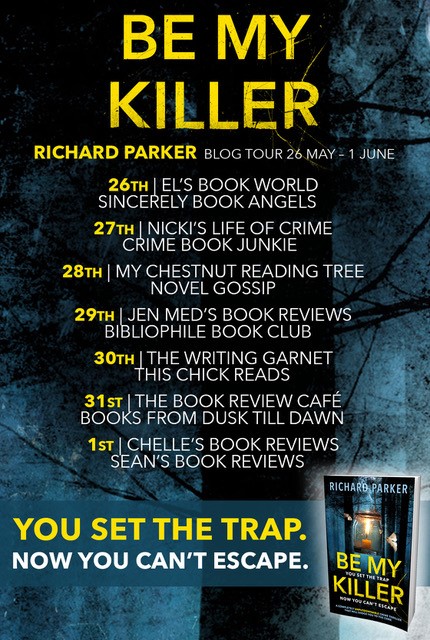