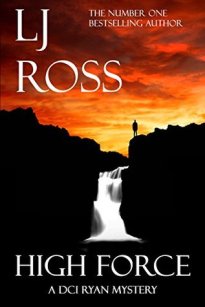 Hell has unleashed a demon – and he’s coming for you…

Detective Chief Inspector Ryan’s worst nightmare has just become a reality. Notorious serial killer The Hacker has escaped prison and kidnapped one of his best detectives from her own home. His brutality is the stuff of legend – Ryan lost his sister and nearly his own life bringing the man to justice first time around. Can Ryan do it again to save his friend?

There’s a nationwide manhunt underway but the trail has gone cold and fear spreads like a virus. Ryan and his team must find The Hacker before he takes another life – but are they too late?

The clock is ticking…

Murder and mystery are peppered with romance and humour in this fast-paced crime whodunit set amidst the spectacular Northumbrian landscape.

So when we left the team at the end of Angel the stakes really couldn’t have been higher for one of them. Captured and in the hands of Ryan’s greatest foe, The Hacker, the action opens exactly where the previous book signs off and, as a result, the tension and fear factors are off the charts.

It is really hard to talk about this without giving away too much about the previous novel, but it is fair to say that The Hacker, aka Keir Edwards, is planning more than just revenge against Ryan when he takes this particular hostage. He has an end game in mind but in the meantime he is more than happy to play mind games with Ryan, claiming both innocent and not so innocent victims in order to leave a very dark, disturbing and thoroughly gruesome message for the man who put him away. This is more than just a killer enjoying the hunt. This is personal.

Much like the other books in the series, the setting of the Northeast, be it the city or the countryside, is as much a character as any of the people in the story and LJ Ross has a wonderful way of recreating the landscape through her narrative. You absolutely get a feeling for your surroundings, the scene painted so vividly that even if you are not familiar with the area, you can easily picture it in your mind; almost smell and touch the beautiful landscape. This is one of the things that I really love about this series. It feels so true to the area, so authentic. Believable.

The other thing I really like? The characters. From hero of the hour, DCI Ryan to his team of Denise MacKenzie, Frank Phillips and Jack Lowerson, even Ryan’s fiance Anna, they are a wonderfully diverse bunch who all bring something new and exciting to the mix. Be it Frank’s usually laid back approach, Denise’s determination and grit or Lowerson’s youthful enthusiasm, Ryan has an exceptional team about him and I can’t think of a single character I don’t like. As for the pairing of Ryan and Anna, they just work. Both have highly intelligent and enquiring minds and they complement each other perfectly. Yes Ryan can sometimes appear a little standoffish, largely due to his upbringing, but you really do see the human and vulnerable side to him in this book as he battles not only his nemesis but the painful memories his reemergence and his murderous spree bring forth. And this time he doesn’t have Frank to fall back on as he is caught in his own not so private hell. So brilliantly observed and it makes me love the characters even more.

And the tension. Well like I said earlier, from the very first page it grabs you, yanks you to the front of your seat and leaves you perched on the edge until the very last page. I found myself holding my breath so many times throughout I thought I might pass out – not a good idea really based on the fact I mostly listened to this via audio book. But there are just so many moments of peril for so many people, moments when the characters knowingly put themselves in harm’s way in order to get to the truth, Frank especially, and so many times when you know that what is about to happen is inevitable but still sit staring in disbelief when it actually does. Although not graphic in description, the murders are still shocking and you are left in no doubt as to what has occurred. The impact they have on the usually unflappable Ryan is easily as effective in creating this feeling of unease as it would be to describe every gory detail.

Much as happened in Heavenfield, the book does bring to a close another key thread which has been running through the series since book one. Or… does it? You’ll have to read and judge for yourselves, but for that reason I would highly recommend that you start the series from book one and read them all in order. There does seem a sort of finality to the ending of High Force but then you never can tell, can you? For me there has always been a certain feeling of Holmes and Moriarty about this particular pairing of Ryan and Edwards, so who knows? What I do know is that no matter what, I will be waiting with interest to see where LJ Ross takes this series next.

A completely stonking and fear filled 5 stars from me.

You can purchase a copy of High Force from the following retailers:

The other books in the DCI Ryan series are Holy Island, Sycamore Gap, Heavenfield and Angel 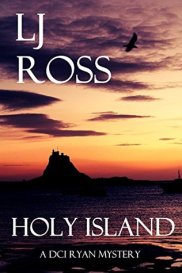