Happy publication day to Rachel Abbott whose brand new DCI Tom Douglas novel, The Sixth Window is released today. I was absolutely thrilled to lay my hands on an advance copy and to now be able to share my review with you all.

The Sixth Window
THE TRUTH HURTS – BUT LIES ARE DEADLY
After eighteen months of grieving for her husband Bernie, killed in a horrific hit and run accident, Natalie Gray has found love with her husband’s best friend – Ed Cooper – and has moved herself and fifteen-year-old daughter, Scarlett, into his home. But Natalie begins to suspect Ed has a dark side – and even darker intentions.
Desperate to get her daughter to a place of safety, she and Scarlett move to a new home that holds secrets of its own. But has removing Scarlett from one potential threat placed her in far greater danger?
DCI Tom Douglas is also chasing the truth, as his investigation into the suicide of a teenage girl draws him ever closer to Natalie and Scarlett. But will he be too late to protect them from the peril they face, or from the truths that will tear their lives apart?

I do love me a little bit of DCI Tom Douglas. Who in their right mind doesn’t? I will admit to having had a bit of a gap in my reading and to reading the books completely out of order, having missed the last couple as I struggle to make headway with my personal TBR, but then that is nothing unusual for me. But when the opportunity came up to get an advance copy of the The Sixth Window, the latest instalment in Rachel Abbott’s DCI Douglas series, well… I just couldn’t say no.

This is a really interesting story, high on tension, with a very difficult subject as a backdrop to the main action. We follow the life of Natalie Grey, a widow and mother whose husband Bernie, a police officer, had been killed in a hit and run accident over a year ago. She is now living with his best friend Ed, but discovers something on his laptop that she cannot ignore, something which could put her and her daughter Scarlett in real danger. Natalie thinks she has found them a safe haven in an apartment in the city but when the estate manager is attacked, and Scarlett starts to hear strange noises from within their flat, just how safe are they really?

As Scarlett begins to investigate the apartment block, Tom Douglas is looking into the suicide of a young girl. From a family which follows a strict religious code, her death makes little sense. Her mother will not accept that it is suicide, insisting that her daughter was murdered. The girl’s younger brother seems to be keeping a secret and her father is not as blinkered as his wife, but there is something truly troubling in the girls past and Tom needs to find out the truth before anyone else gets hurt.

The two stories intersect in the most troubling of ways, with Tom’s team being tasked with investigating the hit and run which killed Natalie’s husband after the suspected killers alibi checks out. There was a time when I wondered how the stories could possibly pull together, and what any of it had to do with the hit and run. But this is the beauty of Rachel Abbott’s writing. She has an ability to pull together many seemingly unconnected threads and weave them into a rich literary tapestry which truly engages and enthralls the reader. The Sixth Window was no exception.

I really liked the characters in this book. It goes without saying the Tom Douglas and Becky Robinson, both long standing characters from the series, are as well written and engaging as ever. We see a little of the playfulness of their relationship as Becky starts to interfere in Tom’s personal life, but this is part of the wonder of the pairing and it works perfectly. The supporting characters are well rounded and elicit a range of emotions from incredulity to suspicion to outright shock as I struggled to understand their motivations or their actions. Scarlett is a really strong character seemingly having gained some of her tenacity and resolve from her father. She is curious and brave beyond her years but that bravery leads her into danger creating one of the most heart stopping scenes of the whole story.

As I said at the start, the backdrop to this story is a very difficult one. One of exploitation and abuse. But just who is responsible is not entirely clear and there is misdirection galore throughout the book as Abbott carefully moves the focus from one character to another. The finger of suspicion even falls to the police at one point, with corruption being cited at the very top of the tree. I can’t say I was entirely surprised by the conclusion, I had my suspicions early on which proved correct, but the story was so enthralling and the question marks over certain characters actions so bold that I was willing to be proven wrong. In spite of everything, of suspecting what would come to pass, I still didn’t see that ending coming. Not at all.

I love these books and you can hardly ask for a stronger and more competent development of both character and plotting than you get from Rachel Abbott. I am even more determined now to play catch up (thank the world for Audible), and can’t wait for the next book in the series. I have loved Tom Douglas since I first read The Back Road, even though at that stage the police investigations were very much secondary to the main story. This book was different, with the Police playing a much greater part in the action and I think I loved it even more because of that. There is absolutely no doubt in my mind that this will be another storming great hit for Rachel Abbott.

A full on, twisted, be careful who you trust 5 stars.

My thanks to NetGalley and  Black Dot Publishing for the ARC of the book. The Sixth Window by Rachel Abbott is released today and is available to order at the following links: 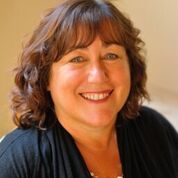 Rachel Abbott, who was born and raised in Manchester, founded her own interactive media company in the 1980s, before selling it and retiring in 2005. She then moved to Italy where she worked on the renovation of a 15th century Italian monastery, and it was here that, one day, she found herself snowed in and decided to begin writing for pleasure. This became her debut novel Only The Innocent, which she went on to publish via Kindle Direct Publishing, topping their chart for 4 weeks.

Abbott has since written The Back Road, Sleep Tight, Stranger Child , Kill Me Again and a novella, Nowhere Child. She splits her time between Alderney in the Channel Islands and Italy

To take a look at the teaser video for the book follow this link here.

Today I’ve been sharing my thoughts on Dark As My Heart by Antti Tuomainen over on the blog.
Playing review catch up
Today I’m sharing my thoughts on The Last Time She Died by Zoë Sharp.
A big thank you to @headlinebooks for this #gifted #bookpost - a copy of Good Cop Bad Cop by @simon_kernick. Really looking forward to reading it for the @randomthingstours next month.
Treated myself to a new book this week - Billy Connolly’s Autobiography. Can’t wait to read it.
Today Mandie shared her thoughts on Facets of Death by @detectivekubu over on the blog.