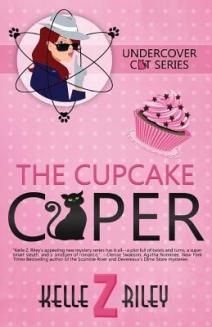 Science is about solving puzzles. Why should solving a murder be any different? Dr. Bree Watson (aka Gabriella Catherine Mayfield-Watson) is comfortable solving chemistry problems. She isn’t comfortable finding her boss dead and being a suspect in his poisoning. Now she’s juggling: A sexy marketing manager-who may, or may not-be a contract killer. A handsome lead detective whose interest goes beyond the case. The dead man’s cranky cat. A goose-chasing dog in hot water with an animal rights group. The search for the perfect cupcake recipe. And, of course, someone who wants her out of the picture. And she thought getting a Ph.D. was hard.

The Cupcake Caper (not easy to say) is the first in the Undercover Cat series by Kelle Z Riley. This is a cozy mystery book and a change from the style I have been reading a lot of lately but a welcome change of pace.

Bree is your typical scientist who loves solving problems, however when she turns up to work for a meeting with her boss it sets her off on a murder investigation that ultimately puts her life in danger. Her analytical mind goes into overdrive and she starts making notes on all her observations on the crime scene and the staff present at the company. She has a couple of friends in the company that she can trust but once she becomes a prime suspect she keeps what she is doing to herself. She finds herself in line to take over the position once held by her boss and she uses this to talk to people in the hopes of finding the murderer. What she does find is a lot of gossip and secrets that point to any number of people being the culprit.

I did wonder to start with why this book had the title of The Cupcake Caper and why it was classed as an undercover cat mystery. Apart from being a top Scientist Bree likes to bake as she sees this as another type of experiment (one where she gets to try out different flavour combinations). The cat belonged to her boss and after his murder Bree takes it upon herself to look after him (aptly nicknamed Sherlock by one of the Detectives on the case). In the end both Cupcakes and the cat have clues that lead to the identity of the killer.

I enjoyed this book as the main character in the story was both intelligent and analytical, dealing with everything in a methodical manner while not deliberately putting herself or her friends in danger with her investigations. She also made sure that she provided the police with any information that she found despite being the main suspect rather than hindering their investigations by keeping this information to herself. She also has to make a choice between one of the detectives on the case and a colleague who is not all he seems.  There is a lovely bit at the end of the book too where you can try all the recipes that Bree uses for her cupcakes…they sound so nice even a lazy baker like me is tempted to try them….maybe I could try them out on my colleagues at work……although I can’t promise I won’t use them to try to murder any of them(only joking)

I look forward to further books in the series to see how Bree deals with her new career in the aftermath of the company she worked for being sold. 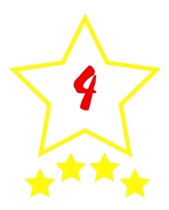 An ARC of ‘The Cupcake Caper’ was provided by NetGalley and publishers Curtis Brown Unlimited. The book is available to purchase from the following links: