Today I am delighted to post a guest review by my sister, Mandie. It’s her first published blog post (she’s a bit blog shy) so be gentle with her. Mandie reviewed ‘The Christmas Guest’ by Daisy Bell.

A puppy is for Christmas. A friend is for life. The heartwarming tale of a homeless puppy with a huge heart who healed a family . . .

When Teddy runs away from home a week before Christmas, he’s far too excited to worry about what lies ahead. But all too soon Teddy realises just how cold and scary the world really is, and what was supposed to be the perfect adventure now seems like a terrible mistake.

Then Teddy is discovered on a snowy doorstep by the Woods family. With their kind hearts and cosy cottage, Claire, Ben and their daughter Emily are the family Teddy is desperate to have. But Emily is ill, her parents are stressed and, with Christmas around the corner, raising and training a well-meaning but unruly puppy is hardly a priority.

Teddy knows he and little Emily have a once-in-a-lifetime bond, and that he can be the best friend she needs in this dark time. If only he can prove to Ben and Claire how much happier he could make them all, Teddy might just find the family of his dreams this Christmas.

In the Christmas Guest you meet an adorable 2 month old Labrador puppy called Teddy. He is originally adopted by Richard and Victoria who live in London. For them it would appear that as unfortunately is so often the case its the idea of a puppy that appeals to them far more than the reality of owning one and it is not long before Teddy (or Mr Snuggles as they have named him) is getting into lots of trouble and is abandoned into the care of the housekeeper who hates him. When they set off to visit someone Teddy( as i refuse to call him Mr Snuggles as that is not a name for any self respecting dog) escapes his lead and sets of to explore the outdoors and soon gets lost.

Never having really spent much time outside the world seems a bit of a scary place for the young puppy but he eventually find his way to a small cottage and is taken in by the Woods family, which consists of mum Claire, dad Ben and daughter Emily who is recovering from a very serious case of meningitis. They are the ones who re-name him Teddy.

Through the book you see Teddy determined to prove that they need him just as much as he needs them. They show him more love and affection in a short space of time than he has known since leaving his mother despite what they are going through. You get to experience the bond that quickly develops between Emily and Teddy and it is his devotion to her that eventually determines what happens.

This book is told through the eyes of Teddy and the author has captured the spirit of the young, inquisitive and often enthusiastic puppy well.. Owning 4 dogs (including a chocolate Labrador that my family bought for me last Christmas Eve) I have often wondered what is going through their minds (if anything) when they are faced with each new situation and so Teddy questioning the next door neighbours dog Lady “surely when they say sit they don’t just mean sit” did make me smile. Lady was a very wise dog and her observations on humans made me chuckle. According to Lady humans never live for the now and are always stressing over something, they are also a confusing bunch and one minute there are no go dog areas, then they let you go in those areas (such as the couch and the bed), then they change their minds again making it almost impossible for dogs to not get into trouble. I have to admit there is no such confusion in our house… the dogs rule the roost and go where they want (they are family after all…in fact 2 of them are sat on the sofa next to me as I write this review)

Throughout the book Claire, Ben and Emily offload their worries to Teddy who determined to prove that they need him sits patiently while they talk. This bit rings true as I do this with my dogs…. thankfully for them I can share between the 4 of them (although I am sure if they could really talk years of therapy would be needed for them).

Now to be honest I am not a big fan of Christmas but the fact that it was about a dog won me over. I did half expect Teddy’s previous owners to turn up and although Ben reported the dog to the local council no real attempt was made to trace the owners (where was the trip to the vets to see if Teddy was micro chipped??). It was as though after the first couple of chapters apart from the odd mention by Teddy when he compared situations Victoria and Richard were completely forgotten but in some respects does reflect the actions of irresponsible dog owners.

Throughout the book I found myself chuckling at Teddy and his antics and could totally relate to some of the things he got up to. If you love dogs and a good Christmas story with a happy ending then this book is a must.

I give this book 5 stars. 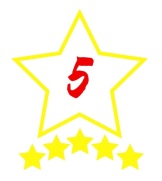 I would like to thank Netgalley and the publisher Quercus for providing a copy of this book.

‘The Christmas Guest‘ can be purchased at the following links: