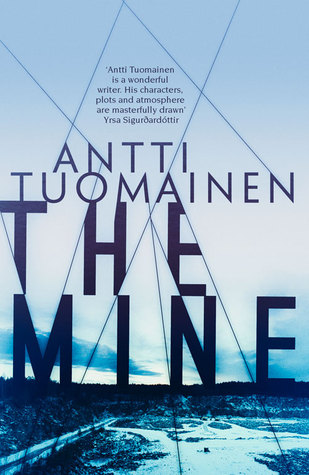 Okay. So, here’s the thing. I know yesterday was meant to be the end of my Orenda feature. And it was. Until yesterday, mid-afternoon, when I finished reading ‘The Mine’ by Antti Tuomainen. Now I could have waited, posted the review in the coming weeks, but there’s no time like the present as they say. I’ve seen this book, as I’m sure many of you have, as part of the blog tour over the past few weeks. It had such good reviews from bloggers whose opinions I trust that I figured I’d take a look for myself. And the result? Well, in what could be called a bit of an Orenda Books hangover, here are my thoughts.

When he is sent an anonymous e-mail claiming that hazardous operations are taking place at a nickel mine in northern Finland, investigative journalist Janne Vuori sets off the the remote town to Suomalahti to see for himself. What he finds at the mine appears at first unremarkable but a chance conversation overheard during dinner at his hotel leads him to visit the mine in the dead of night where it becomes clear that something is not quite right.

His interest piqued, Janne begins to look further into the mine, unprepared for what he will discover or the strain that his work will put upon his personal life. His life is further rocked when his father, a man who disappeared from thirty years earlier, turns up in Helsinki, asking to get to know the son he left all those years ago.

With all the distraction and the tension at home, Janne knows that he should walk away from his investigation, especially when his family are threatened. But he also smells a story and as, one by one, members of the mines board begin to die Janne cannot resist the pull of the story and heads back to Suomalahti, a decision which could cost him everything.

Wow. A little over a week ago I had never read any Finnish literature and now I have read two books by two very talented authors and what books they were.

‘The Mine‘ by Antti Tuomainen is a skillfully crafted environmental thriller which examines greed and corruption within the mining industry as well as the hidden environmental impacts of heavy industry upon communities. I have seen it described somewhere as having shades of the Erin Brockovich about it, and while I don’t like these kind of comparisons, I can see what they mean by this. However, while one was about a woman’s legal battle against corrupt industry to help the community which is affected, this is the story of one man’s investigations into a industry which has otherwise been highly secretive, a scandal few know about. The only moral crusading on Janne’s part comes as a result of the need to tell a story, to get to the truth. The scoop.

The story itself is almost split into two distinct and yet dependant plots. The first part is centred around Janne and his investigations into the mines; the impacts it has upon him and his family and the people he encounters as a result of it. Told in first person, we are privy to all of his thoughts, his feelings, as the occur to him, giving the tale a sense of realism and authenticity. The second part is focused around Janne’s father, Emil. Told in the third person, the detachment it gives is necessary in order to soften what could otherwise be a very tough story. If you were living his life with him it would be an altogether darker tale.

Janne is an interesting character. His relationship is under strain and yet he still prioritises his job over his family, no matter the guilt he feels. I feel like I should dislike him for that very reason. Every time his partner Pauliina asks him to do something, to sacrifice something for his family he ends up letting them down. And yet there was something about his dogged determination which endeared him to me. He makes mistakes, some pretty big ones, but it didn’t detract from the fact that he loves his job. For me, Pauliina seemed equally as focused on her career, one which Janne is not enamoured with any more than she is with his. It is hard to see just who is right and who is wrong here.

There was an sense of history being about to repeat itself though. Janne’s father reappearing on the scene some thirty years after walking out on Janne and his mother is, for Janne, like looking in a mirror. Janne can see echoes of his own past, his own childhood in what is about to happen to his daughter Ella if he continues his current path. He doesn’t want to make the same mistakes but it seems inevitable and everyone can see it. When he tries to understand from his father why he left, he realises that Emil doesn’t have the answers he needs either. The truth is anything but simple.

Emil’s history is complex. He is looking to retire from his chosen profession, one or two final jobs being all he needs to complete to be able to do so in peace. He has a dark and terrible past, one which causes him to wrestle with his conscience as he comes to meet his son. He is not a character who should garner sympathy, far from it. And yet as I got to know him I felt just that. Sympathy. As I learned more of his past it was easy to understand why Janne’s mother had clearly continued to love the man who left them, in spite of all the years apart. No matter his past, he is a man who never forgot the love he had for his family, which puts you in the unique position of forgiving a man who should be beyond redemption.

The writing in this book, and the translation which is once again completed so skilfully by David Hackston, is so beautifully descriptive that I had a true sense of setting. The cold harsh conditions of the northern Finnish mine were so clear in my mind’s eye that I could easily picture them. The characterisations were also incredible and part of the reason I felt such a strong connection with Janne and Emil. All of the secondary characters were brilliantly drawn too, from the gas station attendant through to Janne’s daughter, Ella. There are no throw away characters, no unnecessary dialogue or text. Everything flowed perfectly, drawing me along as a reader to a swift conclusion. It almost felt too short, too swift. I could happily have gobbled up another fifty or sixty pages without complaint.

This may be an environmental thriller at it’s heart but there is nothing preaching or overly political about it. Yes there is reference to socio-economic situations in Finland and Janne has a view on this. How could he not as a journalist? But it did not feel forced or too front and centre as this would have knocked the story off balance. There is also violence, but not told in a gratuitous way. In fact it is often so clinical, swift, almost matter of fact, sometimes merely glossed over, that it too does not detract from the story. This is tale of cover up, of greed and of corruption. It is a story of the dark side of modern business. It is also a story of the importance of family. Of the fact that some things, things worth far more than money, are worth fighting for.

It is entertaining and thought provoking and the characters are engaging. It is, simply put, a bloody good story. 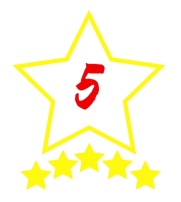 ‘The Mine‘ is published by Orenda Books and is available to purchase from the following links: 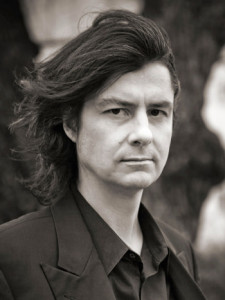 Finnish Antti Tuomainen (b. 1971) was an award-winning copywriter when he made his literary debut in 2007 as a suspense author. The critically acclaimed My Brother’s Keeper was published two years later. In 2011 Tuomainen’s third novel, The Healer, was awarded the Clue Award for ‘Best Finnish Crime Novel of 2011’ and was shortlisted for the Glass Key Award. The Finnish press labeled The Healer – the story of a writer desperately searching for his missing wife in a post-apocalyptic Helsinki – ‘unputdownable’. Two years later in 2013 they crowned Tuomainen “The king of Helsinki Noir” when Dark as my Heart was published. With a piercing and evocative style, Tuomainen is one of the first to challenge the Scandinavian crime genre formula.

So that really is it. The end of my Orenda Books feature. I have loved every minute of it because it really has been an absolute pleasure reading all of these books. I am definitely, truly, falling in love with Scandi-noir fiction, and it’s all thanks to Karen Sullivan.

But, as I said at the start of the week, this feature week is barely a drop in the ocean when you look at all of the fantastic titles Orenda have published. All of them can be found on the Orenda Books site here. There are so many more wonders to be discovered and some absolutely cracking titles due to be released in the next few months. I know because I’ve already read ‘Deep Down Dead‘ by Steph Broadribb and am just about to tuck into ‘Rupture’, the next instalment in the Ari Thor ‘Dark Iceland‘ series by Ragnar Jónasson, and I’ll be on blog tours for both in January too. I am, as they say, as happy as a pig in muck. Roll on 2017.

2 thoughts on “Orenda Week Hangover: Review – ‘The Mine’ by Antti Tuomainen (@antti_tuomainen; @OrendaBooks)”