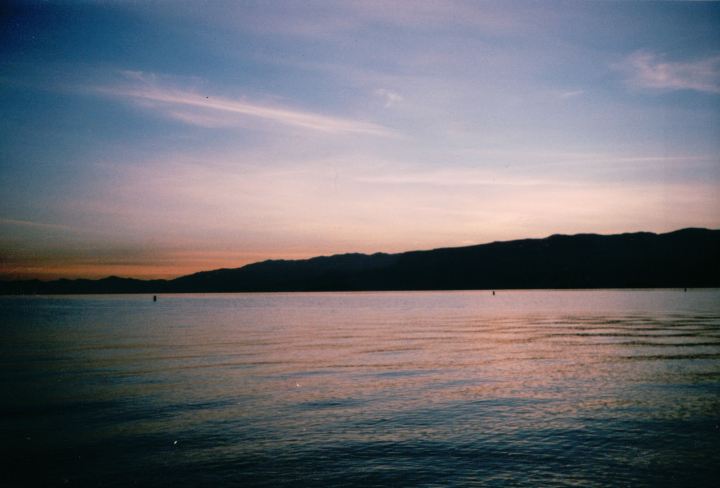 Today on my #ReadABookoutureADay feature, I am looking back at two slightly older releases. Both are very different but equally gripping tales which highlight the danger of secrets and lies, and the ultimate impacts they have – ‘After The Lie’ by Kerry Fisher and ‘The Sister’ by Louise Jensen.

‘After the Lie’ by Kerry Fisher was released back in April 2016 and my full review can be found here.

Your past will devastate your family. But your lies could destroy them. What would YOU do?

Sometimes a lie can split your life in two. There is “before”, and there is “after”. Try as you might – you can never go back.

When Lydia was a teenager, she made a decision that ruined her family’s life. They’ve spent the last thirty years living with the consequences and doing their best to pretend it never happened.

Lydia’s husband, the gorgeous and reliable Mark, and her two teenage children know nothing about that summer back in 1982. And that’s the way Lydia wants it to stay. The opportunity to come clean is long gone and now it’s not the lie that matters, it’s the betrayal of hiding the truth for so long.

When someone from the past turns up as a parent at the school gates, Lydia feels the life she has worked so hard to build slipping through her fingers. The more desperate she becomes to safeguard her family, the more erratic her behaviour becomes. But when the happiness of her own teenage son, Jamie, hangs in the balance, Lydia is forced to make some impossible decisions. Can she protect him and still keep her own secret – and if she doesn’t, will her marriage and family survive?

The story tells of Lydia, wife and mother who runs her own very successful wedding planning business. Many years ago she made a mistake, one that sullied her relationship with her parents and which ruined their lives. She had never told her husband of the mistake, never saw the need. But when someone who knows the truth comes back into her life and his daughter starts to date her son, Lydia begins to worry that they may be about to make the sames mistakes all over again. So what is more important? Keeping her secret buried and protecting her reputation, or being honest with her family, no matter the repercussions, in order to protect her child.

This was a brilliantly told story of someone who is struggling to overcome a mistake made when she was a teenager, one with far reaching consequences that no one could have foreseen. Although Lydia’s teen years came in the pre-internet era, the issues she experienced are no less relevant now, in fact are even more so given today’s instant access generation. Mistakes teenagers make today can be broadcast live to the world, and once they are in cyberspace, no-one can ever truly delete them and no-one will ever truly forget.

With a easy flowing, almost conversational narrative style, Kerry Fisher captures the slow breakdown of Lydia’s carefully constructed world beautifully. It challenges and highlights the danger of social media, as well as being a carefully constructed case of cause and effect; of how a lie, however small, has the potential to grow and grow until its impacts cannot be controlled. A really enjoyable and highly topical read, it can be ordered here for UK Readers and here for US Readers. 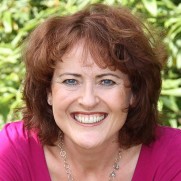 Born in Peterborough, Kerry Fisher studied French and Italian, and taught English in Corsica and Spain before climbing to holiday rep and grape picker in Tuscany. She eventually returned to England to ‘get a proper job’, and spent two years in features at Essentials magazine. She now lives in Surrey with her husband, two teenagers and a very naughty lab/schnauzer called Poppy.

Kerry’s first novel, The School Gate Survival Guide, was published by Avon, HarperCollins in 2014. Her second book, The Island Escape, came out in May 2015. It won first prize at the York Festival of Writing for the opening line: ‘I was wearing the wrong bra for sitting in a police cell’.

‘The Secret’ by Louise Jensen is the story of Grace, a young woman struggling to come to terms with the death of her best friend, Charlie. It was released in July and my full review can be found here.

“I did something terrible Grace. I hope you can forgive me …”

Grace hasn’t been the same since the death of her best friend Charlie. She is haunted by Charlie’s last words, and in a bid for answers, opens an old memory box of Charlie’s. It soon becomes clear there was a lot she didn’t know about her best friend.

When Grace starts a campaign to find Charlie’s father, Anna, a girl claiming to be Charlie’s sister steps forward. For Grace, finding Anna is like finding a new family, and soon Anna has made herself very comfortable in Grace and boyfriend Dan’s home.

But something isn’t right. Things disappear, Dan’s acting strangely and Grace is sure that someone is following her. Is it all in Grace’s mind? Or as she gets closer to discovering the truth about both Charlie and Anna, is Grace in terrible danger?

There was nothing she could have done to save Charlie …or was there?

Many years ago, Grace and Charlie had buried a memories box, something they were planning to look back on when they got older. In the box, Charlie had left Grace a letter, something that Grace hoped held the answer to why Charlie had disappeared from her life for six years and why she had simply left her with the message, ‘I did something terrible, Grace. I hope you can forgive me.’

The box doesn’t hold the secrets Grace had been hoping but she does may a vow. To do the one thing Charlie always wanted but never managed to achieve. To find Charlie’s father. Her search uncovers something truly unexpected but also opens up a can of worms that will put Grace in serious danger. Because someone is determined to hurt her, but is it because of Charlie or because of something bad which happened when they were still teenagers. Whoever the mysterious person is, and whatever secret Charlie held, Grace needs to find the truth before it’s too late.

This is a true psychological thriller which slowly draws you in, capturing your interest with each secret that Grace uncovers, each step into her past that we come to know. It is variable in pace with some quieter moments of reflection when Grace thinks of Charlie, but also some very tense and heart thumping moments when we know that Grace’s life is in danger. It wil twist your emotions, make you question your understanding, and leave you staring at the page wondering if someone can really be so naive. The characterisations and descriptions in this book are brilliant and it’s hard to believe this is a debut novel. I am really looking forward to reading Louise Jensen’s next book, ‘The Gift’ which is due out mid December.

A thrilling and occasionally emotional read, even the antagonist’s story with leave you feeling a certain amount of empathy toward them. It certainly held my attention from first page to last. ‘The Sister’ is available to purchase here for UK Readers and here for US Readers.

Louise Jensen always wanted to be Enid Blyton when she grew up, and when that didn’t happen she got a ‘proper’ job instead.

Several years ago an accident left Louise with a disability and she began writing once again, to distract her from her pain and compromised mobility. But writing turned out to be more than just a good distraction. Louise loves creating exciting worlds, dark characters, and twisted plots.

Louise lives in Northamptonshire with her husband, sons, a madcap spaniel and a rather naughty cat, and also teaches mindfulness.

Louise’s next novel, ‘The Gift‘ is due out on 16th December and can be ordered from the links below