I am very excited this morning as today it’s my turn on the blog tour for the fabulous new book by Caroline Mitchell – ‘Love You To Death’.  I am absolutely stoked to be part of the #Lucyfers team. Released on 11th November, if you haven’t yet purchased this you need to get right on that. You’re missing a treat. 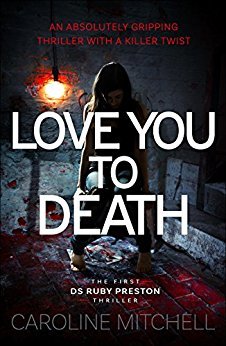 Christmas lights – non threatening. A symbol of family time, celebration and joy. But there is no such joy for Emily Edmonds. Waking in a dark room, all she can see are the flashing fairy lights. Until she appears. The woman Emily had trusted with her greatest fears, her biggest secrets. Someone she wishes she had never let into her life.

When the Shoreditch Serious Crimes unit is called to the scene of a brutal murder, it looks to DI Jack Downes and his DS, Ruby Preston, that it has all the hallmarks of a domestic murder. Neighbours had heard arguing and the wife is nowhere to be found. But Ruby isn’t convinced by their theory, the scene looking just too perfect. And when the wife is finally located, she knows she has good cause to suspect foul play.

When another woman goes missing, and a third is killed in the most brutal of manners, Ruby and her team face a race against time to try and find out who is hunting down these women and why. When she receives a mysterious communication from a woman calling herself ‘Lucy’, she begins to fear that the case may be a little too close to home. Her personal life is already complicated enough, but Lucy threatens to ruin it completely, forcing Ruby to confront a part of her life she thought she had walked away from for good.

As links between the victims are uncovered, and the M.O. starts to become clearer, can the team get one step ahead of Lucy and prevent her from claiming any more victims. And how far will Ruby go to prevent the secrets of her past from being revealed?

‘Love You To Death’ is the first in Caroline Mitchell’s new Ruby Preston series and oh my word what a cracker it is too. A young and disturbed woman on the hunt for her true ‘Mummy’, willing to keep searching and taking until she finds the perfect woman to fit the bill. One thing is for sure. After reading this you’ll think twice about answering the door to strangers.

I don’t want to go into the detail of the story too much, as the true pleasure lies in reading and discovering all of the twisted elements of the tale for yourself. It had me gripped from the off, sucking me in with the very dark and intense prologue. After an opener like that you just hope that the rest of the book can live up to it. I needn’t have worried as I was in unbelievably safe hands with Caroline Mitchell. Where the Jennifer Knight series’ big hook was the link to the Otherworld, Ruby Preston has personal links to the criminal underworld and it is just as compelling if not more so. And there are so many interwoven layers in this tale that I can see plenty of mileage for the forthcoming follow ups. The story itself is quite disturbing in parts, and one of the deaths particularly gruesome. It certainly made me grimace and shudder and I’m not squeamish at all. I also now have conclusive proof that I am right to be suspicious of Christmas decorations. They may look nice and safe and sparkly but …

Ruby Preston is a complex but compelling and somewhat intriguing character. She has flaws, as do most good fictional detectives, but at the heart of her character is the need to do the right thing. Driven to join the police by incidents from her childhood, she has a strong moral compass, even if emotionally she still slips up from time to time. She is engaged in two completely inappropriate relationships, although by the end of the book one of those seems to be resolved. The other … Well that’s one flame that will burn for a while I think. She is a fierce character without being unbelievable. She’s not wonder woman – she gets out of breath after running down a flight of stairs, the side effect of being a smoker. She drinks perhaps a little too much, but rarely on a school night. She looks out for her mother who is in a home and suffering with dementia, and she tries to find a balance between her loyalty to the job and to the man who stole her heart as a teenager, local gangster Nathan Crosby.

Nathan Crosby. What to say about him? He stands to be one of those good-bad guys that you love to love. Too bad to be good, too good to be true. Torn between his inherited position as the head of a very shady family business, and his feelings for Ruby, he is a man who lives life just on the wrong side of the law. Unlike his brother Lenny, you know that Nathan is not beyond redemption, but his relationship with Ruby will not be an easy one and I look forward to seeing how this impacts upon them both as the series progresses. He has, however, left me feeling like a bit of a book tart as I’ve been having far too many book crushes this year.

As for the rest of the characters, Ruby’s team, Luddy is one who has definitely grown on me. You don’t get to see as much of the other team members so it is hard to comment, but Ruby’s partnership with Luddy works well, the characters bouncing off each other, even if Ruby does make a bit of a mistake in judging him to quickly. And DI Downes is clearly out to support Ruby, for various not always altruistic reasons, but most important of them all is friendship. Jury is out on DCI Worrow but I don’t quite trust her. Time will tell.

The chapters are short and the pacing sharp. The tension builds quickly, especially towards the end where the sense of jeopardy for Ruby and another of Lucy’s innocent victims is at its highest. And Lucy. Well she is one of the most disturbed and disturbing characters I have read in a while. Her motives are clear, her methods flawed, but the level of intellect and cunning required to manipulate her victims into voluntarily allowing her into their lives and to execute her plan is so high that her identity will remain a well hidden secret right until the end. I most certainly didn’t see that reveal coming and the curveball Caroline Mitchell throws in there is so effective, it’ll make your jaw drop. Nice one Ms Mitchell. Absolutely superb writing.

Brilliant new characters, both charming and menacing bad guys and insanely creepy killers.  ‘Love You To Death’ is compelling, absorbing, chilling, gruesome and freakishly brilliant. Once I started reading, I didn’t want to stop. And I’ll tell you this much – Christmas will never feel the same again. 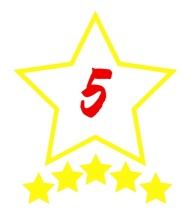 I was provided with a copy of ‘Love You To Death’, by NetGalley and publishers Bookouture.

Make sure to check out some of the other stops on the blog tour. 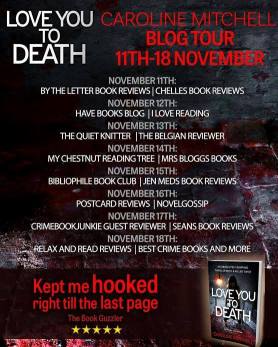 Twenty years ago you were forced to give your daughter up. Now she’s back. Or is she?

Women who’ve had to give up children for adoption are being killed. A knock at their front door begins a nightmare from which they will never wake up.

East London Detective Ruby Preston and her team must hunt down a disturbed individual before someone else is taken. But when bodies start turning up, staged in perfect, domestic scenes, it carries the echo of a memory in Ruby’s mind. The tinkling of a music box. A mother and child reunion…

Then just as Ruby thinks they’ve made a breakthrough, she receives a sinister email, and the case takes a terrifying personal twist.

Can Ruby catch the killer before they strike again? Or will her troubled past catch up with her first? 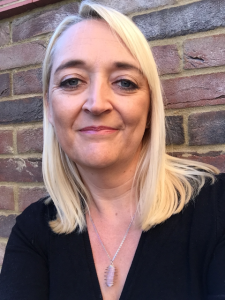 A former police detective, Caroline has worked in CID and specialised in roles dealing with vulnerable victims, high risk victims of domestic abuse, and serious sexual offences. Originally from Ireland, Caroline lives with her family in a pretty village on the coast of Essex. She now writes full time.

Published by Bookouture, her DC Knight crime thriller series reached the number one position in the Amazon crime charts. Love You To Death, the first in her new series featuring DS Ruby Preston was published on 11th November 2016.

Her new psychological thriller, Witness, is published with Thomas & Mercer and due for publication 20th December 2016.

Sign up to join her Reader’s club for access to news, updates and exclusive competitions and giveaways. HERE

Love You to Death can be purchased here for UK Readers and here for US Readers.

You can purchase the books from Caroline’s Jennifer Knight series, and her first book, ‘Paranormal Intruder’, by selecting the images below. 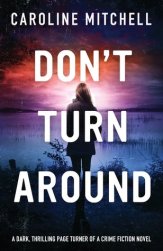 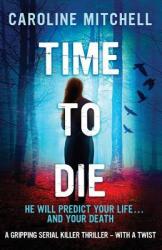 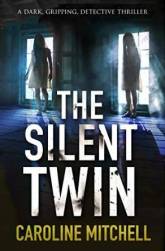 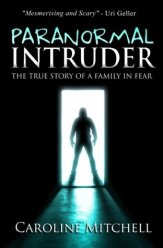