Kenny Overton is a petty criminal trying to go straight. Working the night shift in a supermarket he is trying his best to do the right thing, to make up for a life of mistakes, a life which began in a dismal and deprived children’s home many years ago. But someone doesn’t want to give Kenny that second chance. Someone has been watching him, waiting for the right time to make Kenny pay for his past, to deny him his happy ending. And that time is now.

When DI Ray Drake and newly promoted DS Flick Crowley are called out to the scene of a vicious multiple murder, they sense that this is not going to be a straightforward case. Three members of one family slain, the fourth escaping only by virtue of having left his phone at home. But who would want to kill them all, and in such a personal and heinous way?

Drake knows instinctively that this is a message. That secrets which have laid buried for years are about to be exposed. Secrets which link back to the Longacre Children’s home, its manager, Gordon Tallis and one of the former residents, Connor Laird – a boy who harboured such anger and intensity within, that he terrified anyone he ever met.

With Drake fearing for his family’s safety and with the knowledge that so much depends on keeping the truth hidden, he knows he needs to find a way to prevent Crowley from following her instincts and investigating the children’s home with its ill-fated history and residents. But the killer, the ‘Two O’Clock Boy’, begins to taunt Drake, reminding him that no matter how much he denies it, their pasts, and their futures, are inextricably linked. The killer wants their secrets exposed and the question Drake has to ask himself is simply this – how far is he willing go to stop the murders, protect his daughter and cover up the truth?

‘The Two O’Clock Boy’ is a stunning offering from author Mark Hill. Moving between the present day investigations and the weeks in 1984 after Connor Laird first went to Longacre, Hill offers the reader a thrill ride full of twists, shocks and complete moral ambiguity. Are the characters simply victims of their past, driven to poor life choices by a difficult and abusive start, or is this merely an excuse to justify their crimes? What is it that creates a criminal? A killer? Nature or nurture?

Hill’s eponymous killer, the ‘Two O’Clock Boy’ is an emotionally complex character. As his past is slowly revealed to the reader, you are put in a strange position of feeling a little sympathy for him as much as for all of those he targets. What happens at the home is something which will make victims of them all, emotionally and, ultimately, physically. Whether as a result you can forgive his actions – well for me the jury is still out. Is he a killer? Undoubtedly. But the truth is far more complicated than that and it’s not that easy to simply condemn. In some way, Hil’s writing toyed with my emotions such that I couldn’t truly hate him, no matter what, and yet could still fear the clinical execution of his plans.

With Ray Drake, you have an almost impossible character. An anti-hero. He is driven by a love for his family, a need to keep them safe, which you have to respect, and yet his methods leave a lot to be desired. I can honestly say that I didn’t know how to feel about him. I liked his character at first, but then as the story went on I found myself wondering how far he was involved and what it was that the killer had over him. I didn’t trust him, and as the past was unveiled, scene by scene, he became that little bit more complicated. My feelings mirrored those of DS Crowley; confused by Drake’s change in character, his determination to avoid the obvious truth and to derail the investigation. He shocked me and made me go gah! in frustration. But I still liked him. A lot. I wanted to hate him but found myself rooting for him instead. Good boy gone bad or simply a father placed in an impossible situation? You’ll have to read to decide for yourself.

Flick Crowley is a well written, well rounded, character. With her own demons to battle, a poor relationship with her estranged father and an over reliance upon her sister, she is a very likeable character. Tenacious and determined, she carries on with her investigations, in spite of Drake and l can see her being a character with so much to give. She is certainly no pushover and acts on instinct. You can’t help but like her.

The writing is pacey, the tension gradually building to the final dramatic crescendo, as, chapter by chapter, more of the past and motivations are revealed. The twists in the story, the duplicity, the deception, are so well hidden that I didn’t see most of them coming until they were staring me in the face. I thought I knew … but I was so very wrong. I love it when that happens. The thrill of the chase, the developing sense of jeopardy and threat, all driven by a truly tight narrative, make this a literal page turner. And then that ending … wow. Just … more gah and then a sense of foreboding and … Oh heck. Loved it.

The murders are grizzly, the perpetrator without remorse and the protagonist divisive. But I was compelled to keep reading. I wanted to learn all of their secrets. To understand why the killer was so hell bent on such a vicious revenge. I want to know what the heck happens next for Drake and Crowley. What they have been though is definitely going to make for an interesting and complex dynamic in future books. I can hardly wait.

A brilliantly crafted, fabulously dark and vengeful 5 stars from me. 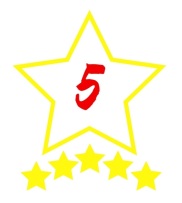 My thanks to NetGalley and publishers Little Brown Book Group UK for the copy of ‘The Two O’clock Boy’ in exchange for my review.